The Football World Cup and the New Cold War

On April 4, Sergei Naryshkin, the chief of Russia’s foreign intelligence agency, at a security conference said, “Washington has become fixated with the fight against a non-existent, so-called Russian threat. This has reached such proportions and acquired such absurd characteristics that it’s possible to speak of a return to the dark times of the Cold War.”

Vladimir Putin and Russia have come to occupy the space of enemies of the Western liberal democracy. The world is led to believe that the Russians can manipulate the election of the US President, convince the British to leave the European Union and kill ex-spies in broad daylight in England. In just over a month, more than 300 diplomats have been expelled on the either side by the US, Britain and Russia.

On March 4, the limp bodies of Sergei Skripal, a former double agent from Russia and his daughter Yulia were found in Salisbury, United Kingdom. Skripal was a former Russian double agent who, between 1995 and 2004, had supplied the British intelligence with names of over 300 Russian spies. On being caught, he was sentenced to 13 years in prison, but in 2010, he was exchanged as part of a spy exchange initiative between Russia and Britain.

On March 12, British Prime Minister Theresa May stood in Parliament and said, “It is now clear the Mr Skripal and his daughter were poisoned with a military grade nerve agent developed by Russia. This is part of a group of nerve agents called Novichok.” She continued by saying that it was “highly likely” that Russia is behind the poisoning of the former spy. With this allegation, began the expulsion of diplomats and the systematic breakdown of relations between Russia and the West. However, unlike the cold war, not every nation has jumped on the bandwagon, not all NATO countries have supported the decision to boycott the Russians. 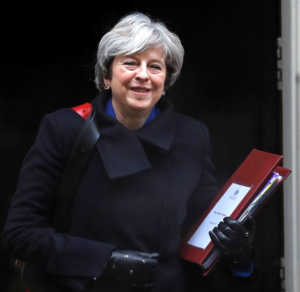 On April 2, Sergei Lavrov, while holding a press conference in Moscow, said, “How far the row escalates between Moscow and the West does not depend on Russia.”  “During the cold war,” he told the reporters, “There were rules, which now the United States and Britain have completely dropped and are playing children’s games.”

Lavrov has repeatedly said that there is no actual reason why the Russians would assassinate Skripal now? “Why would we do this a few days before the presidential election and a few months before the Football World Cup?”

It has been proven without a doubt and without ample proof that Russia is the one behind the poisoning. What has happened in the past month is that the trans-Atlantic media enterprise has built a wall, a narrative around the culpability of Russia: the Novichok was brought by Yulia and had been planted by the Russian Intelligence agencies.

On the other hand, the Russians, through the state-run media channel Russia Today, which might be pulled off air in the UK, is alleging that there could be another party involved, who produced the nerve agent and used it. Putin has maintained that it wasn’t the Russians. On national TV, he has said that Novichok along with other lethal, poisonous substances were destroyed under the watch of international agencies.

The Russians had called for a special session of the International Court of Justice and the Organisation for the Prohibition of Chemical Weapons (OPCW) to show that they were committed to finding the truth. This offer, however, was turned down.

No one is buying this theory. As a counter-offensive, the Russians have adopted a new strategy — blame the British intelligence service. The line that is being followed is: “We have nothing to gain from this, you know who does? Britain.”

Even if it was a nerve agent devised by Russia, it is darn clumsy for them to leave evidence pointing back to them. However, there is a historical precedent to the use of poison by Russia’s security agency, the FSB (the successor of the KGB): the horrific poisoning of Alexander Litvinenko in 2006 by Polinium 210. His televised slow death had left little room to absolve Russia.

Things have now taken a strange turn. Alexei Navalny, a Putin critic and the head of the Progress Party, in a tweet said that the worst sanctions on Russia would be to impose sanctions on three people: Roman Abramivich, Alisher Usmanov and Igor Shuvalov. Abramivich and Usmanov have priority stakes in England’s biggest football clubs Chelsea and Arsenal. Shuvalov, on the other hand, owns a 17 million-pound house in central London.

No one is buying this theory. As a counter-offensive, the Russians have adopted a new strategy — blame the British intelligence service. The line that is being followed is: “We have nothing to gain from this, you know who does? Britain.”

This is where things get complicated. The bid for the 2018 world cup was between Britain and Russia and it is alleged that the latter pulled its weight and swung the vote.

The major allegation is that Russia’s former deputy Prime Minister Igor Sechin, along with the leadership in Qatar, indulged in corrupt practices to secure the bid. Since 2017, one leak after another is being used to build a case against Russia and Qatar. One such leak was based on Michael Garcia’s report — an American investigator — who was put in charge of looking into the alleged corruption. This report was eventually leaked and published in the German paper Bild. It revealed a large nexus of lobbies, money power that was used by the Russians to sway the vote. In addition, in 2016, Christopher Steele, another private investigator, who uncovered Russia’s involvement in the American Presidential election, has allegedly worked with England’s botched World Cup bid. 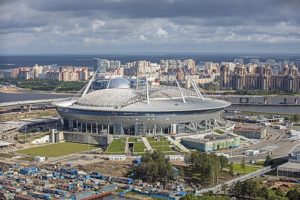 Now, after the poisoning, according to the British magazine, The Spectator, there might be a chance that England might withdraw its dignitaries from the opening ceremony, if not their football team from the tournament. News reports doing the rounds are creating paranoia amongst the fans asking them to remain vigilant and careful if they do choose to go to Moscow for the world cup.

This posturing and alienation by the West was also meant to hurt Putin’s re-election. But it did not amount to much, instead media outlets, such as the Daily Beast, have turned the argument on its head by claiming that the media criticism in the Western media was part of an elaborate Russian plot to foster a nationalist sentiment within the Russian electorate. Lastly, the Skripal episode was meant to cement the idea of the power Russians wield in determining the outcomes of, both, the Brexit and the 2016 US Presidential election.

There are several other theories that are trying to make sense of the poisoning of the Skripals. As former British MP George Galloway put it: “Here is the killer question not asked by anyone in Parliament. If these Novichoks are exclusively Russians why would Russia choose that weapon? They would be as well leaving a pair of boots covered in snow and painting ‘Vladimir was here on the nearest wall. Maybe a Lada car parked nearby with a bottle of Vodka on the dashboard…”

There are other theories as well, which point to mafia involvement in the poisoning of Skripal. This theory suggests that the former spy continued in one way or another to work, gathering information and became embroiled in some affair and was knocked off.

Whatever the causes of the poisoning, the fall out of this event has detrimental consequences for world politics. The frosting of these relations will have consequences in Syria and now the Indo-Pacific, the new theatres of an already heating up cold war.