The Middle East Becomes a Feast

A dizzying series of military moves in the Middle-East have […] 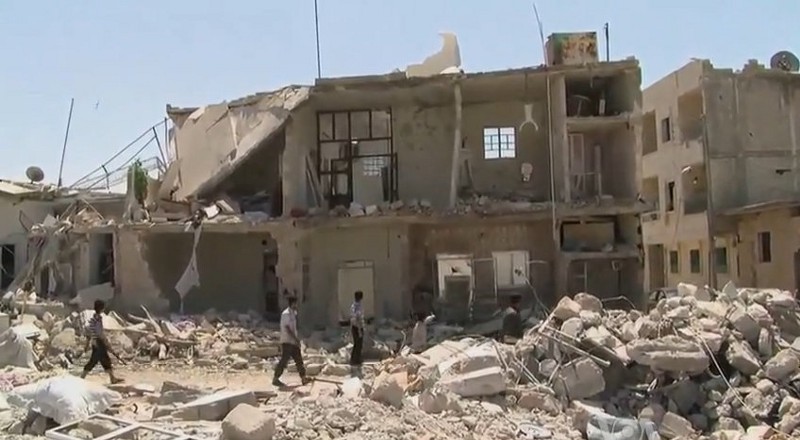 A day ago, Russia gave the U.S. a menacing ultimatum. Russia’s defence ministry said on Monday that it will treat U.S.-led coalition planes west of the Euphrates in Syria as targets after the American forces downed a Syrian jet over the weekend, bringing an end to the agreement between the U.S. and Moscow. The incident was the first time that the U.S.-led coalition had shot down a Syrian plane since the beginning of the country’s civil war six years ago. As soon as Moscow announced this warning, Russian forces also shut down the incident prevention hotline that it shared with American forces. For weeks Russia has been encouraging pro-regime forces and the U.S. both to not attack one another, so this marks an increased willingness from Russia to publicly back the regime over the coalition. Russia’s military has also claimed that it has killed ISIS leader Abu-Bakr-Al-Baghdadi. This claim has been met with some amount of scepticism from the U.S. who stated that in absence of independent confirmation and a formal statement from Daesh, that this report was in all likelihood a falsehood.

As the United States deepens its involvement in its ground war against the forces of ISIS, it finds itself at loggerheads against the machinations of both Moscow and Assad. In its bid to dislodge ISIS, the Americans have offered overt and covert support to the Kurdish militia force of SDF that is currently advancing on the ISIS stronghold of Raqqa. Supported by an estimated 1,000 U.S. Marine soldiers, the SDF has been making rapid strides in this regard. Assad whose ambition is to take back all of Syria has never offered his blessings to the American expedition in the Levant against ISIS. While Assad stews in anger at this aggression ensconced in his palatial compound in Damascus, Iran had set off another chain of events that might have huge ripple effects.

Iran that had not launched missiles against another country in nearly three decades, broke that longstanding record when it launched missiles against ISIS Syria’s Deir al-Zour region in retaliation for an attack on Tehran last week. A group of men believed to be associated with ISIS had carried out coordinated attacks on Iran’s parliament and the tomb of revolutionary founder Ayatollah Ruhollah Khomeini, killing three people. Islamic Revolutionary Guard Corps (IRGC) said through their spokesperson that several “ground-to-ground, mid-range missiles” were fired from bases in Kermanshah province, western Iran.The operation “targeted Takfiri forces in the Deir Ezzor region in Eastern Syria. Iran’s Revolutionary Guard uses the term Takfiri to describe ISIS.

With Iran intervening in Deir Ezzor, it is set on a collision course with the U.S. and Russia in the inevitable mad scramble that will ensue once ISIS is uprooted from Syria. The province in question, Deir al-Zour, boasts oil reserves and could serve as a land bridge to connect Iran to Syria, and eventually neighbouring Lebanon, Hezbollah’s base. With increasing aggression being shown by the Iranians and Americans in Syria, it is likely that the deadly conflict in the region will only escalate. This is a scenario that Jared Kushner who has been tasked with bringing about peace in the Middle-East might not relish.