The root of this crisis is Qatar’s Independent Foreign Policy: Expert

Saudi Arabia, Egypt, Bahrain, the United Arab Emirates and other […] 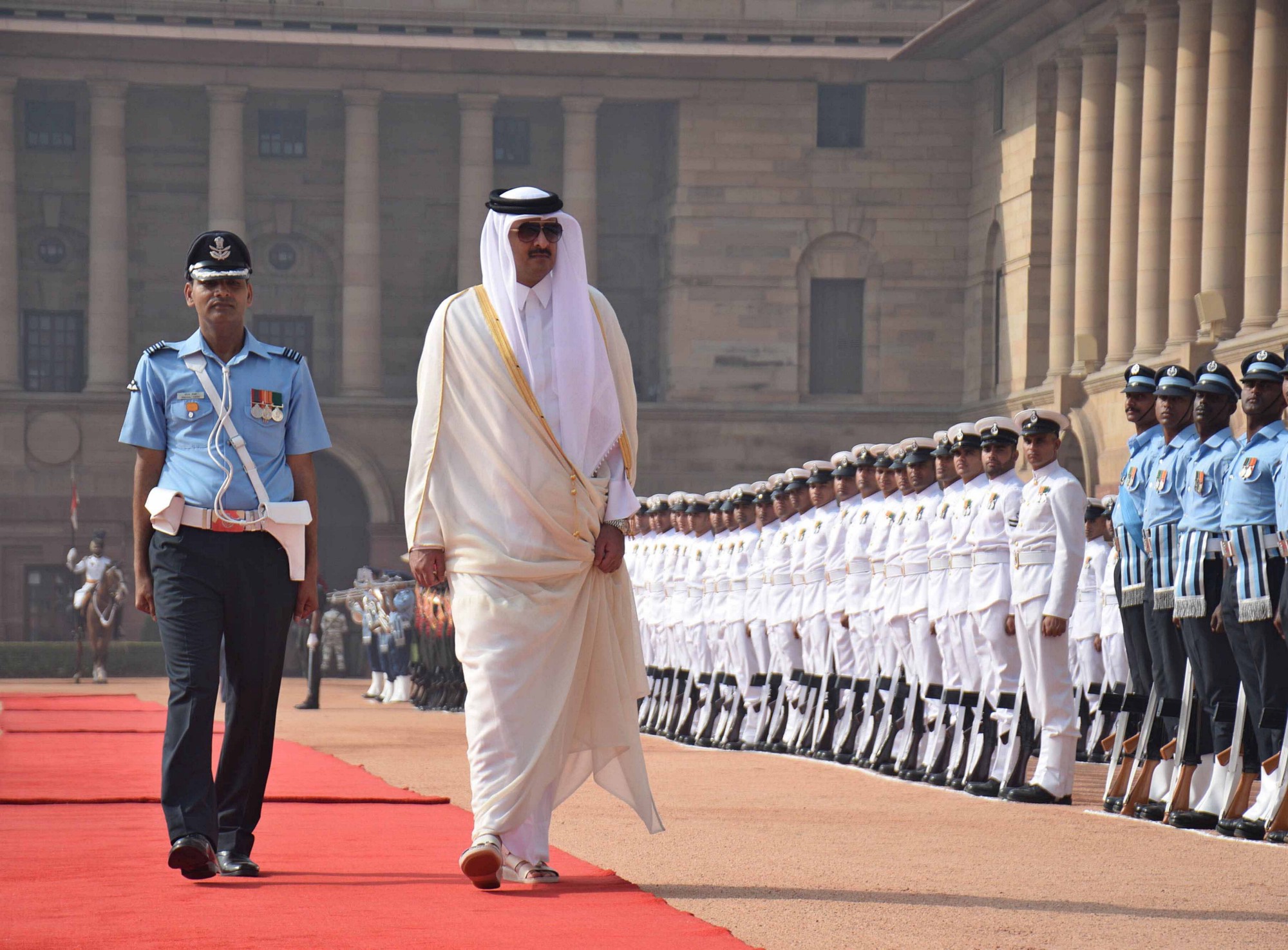 Saudi Arabia, Egypt, Bahrain, the United Arab Emirates and other members of the Sunni Alliance severed ties with Qatar on June 5 on the grounds of the country covertly supporting terror organisations. This is being regarded as the largest rift in the region in years. The Gulf Arab states and Egypt have long resented Qatar’s support to the Muslim Brotherhood which they regard as a formidable terrorist organisation and a political enemy. Yemen and Eastern Libya too joined in with the diplomatic isolation. Iran has blamed Donald Trump and his recent trip to Riyadh as being a major catalyst in the severing of ties.

Transport facilities to Qatar from the three countries have been shut down and their economic impact has been immediate, with Emirates, Fly Dubai and Etihad cancelling flights to and from Doha. Qatari citizens living in the Gulf countries have been given two weeks to leave the country. This blockade is expected to have serious implications due to the fact that 40 percent of the food imports into the country come from Saudi Arabia. In terms of jobs, the cancellation of transport facilities will also adversely impact the preparation for the FIFA World Cup and the construction of stadiums for the event that is to be held in the country in 2022.

In an interview with Hardnews Foreign Policy, Birol Baskan, the Assistant Professor at the Georgetown University School of Foreign Service in Qatar, spoke about the causes of the diplomatic crisis and the possible outcomes of the embargo as it unfolds.

HNFP: What is the genesis of this extraordinary crisis?

BB: Four Arab states have so far cut their diplomatic relations with Qatar. Others might follow them depending on the leverage Saudi Arabia and the United Arab Emirates have over them. Each country has possibly its own reason. Bahrain-Qatar had disputes in the 1980s over the Hawar Islands. More recently, however, Bahrain has been accusing Qatar of encouraging the Bahraini Sunnis to migrate to Qatar. One must also note that Saudi Arabia has great leverage over Bahrain. The United Arab Emirates (UAE) and Egypt are critical of Qatar’s continued support for the Muslim Brotherhood (MB), a movement that they consider aims at spreading terror. For Saudi Arabia as well, Qatar’s relationship with the Muslim Brotherhood (MB) might be an issue. It also declared the MB as a terrorist organisation. But, at this particular moment, Qatar’s soft stance on Iran is possibly the bigger issue for Saudi Arabia.

At the root of this crisis, however, is, I believe, Qatar’s rather too independent foreign policy. From the early 20th century until the 1990s, Qatar had closely aligned itself with Saudi Arabia. It began to follow a more independent foreign policy in the 1990s with the coming to power of Sheikh Hamad bin Khalifa Al-Thani, the current ruler’s father. When Sheikh Hamad stepped down and his son Sheikh Tamim ascended to the throne, Saudi Arabia and others possibly hoped that they could fully dominate the new emir and discipline him, a strategy they also pursued with regard to the father. Sheikh Tamim made some symbolic concessions but proved to be determined to pursue a more independent foreign policy in his father’s steps. 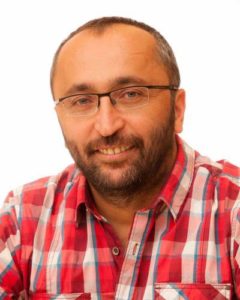 HNFP: A few years ago, the Saudis had orchestrated the removal of Qatar’s Emir as they claimed that Doha was supporting the Muslim Brotherhood and its front organisations in Syria, Egypt and elsewhere. Were the Qataris supporting these organisations and do they still continue to do so?

BB:I guess you are referring to Sheikh Hamad’s stepping down in June 2013. I disagree that the Saudis orchestrated it. It was in large part an internal matter, mostly Sheikh Hamad’s health issues. Sheikh Hamad commanded, and he still does, great respect among Qataris. Sheikh Tamim greatly enjoyed his father’s blessing.

At the root of this crisis, however, is, I believe, Qatar’s rather too independent foreign policy. From the early 20th century until the 1990s, Qatar had closely aligned itself with Saudi Arabia.

But, I believe, it was Saudi Arabia that orchestrated the crisis in March 2014. Bahrain and the UAE joined Saudi Arabia and withdrew their ambassadors from Qatar in that month, accusing Qatar of supporting the Muslim Brotherhood and its branches elsewhere.

Qatar had indeed supported the Muslim Brotherhood in Egypt. However, the kind of support it had provided to the movement had varied across the cases. In Egypt, for example, Qatar was a major financial and diplomatic supporter of the Mursi government. After the military coup, Qatar became a safe heaven for many Muslim Brothers who escaped from Egypt. Qatar-based Al Jazeera was of course very sympathetic to the MB-affiliated Mursi. Qatar was also cordial towards Hamas, known to be the Brotherhood’s branch in Palestine. Many Hamas leaders settled in or frequently visited Doha.

But the official announcements from the US advised both the sides not to escalate the crisis. I do not think that the other Western countries are going to act differently.

Is Qatar still supportive of the MB? To an extent, yes. There are still many Brothers in Qatar. Al Jazeera is not waging a media campaign against the movement. But, we must also note that what is left of the Brotherhood movement to support, say in Egypt?

HNFP: Why did the Qataris reach out to Iranians despite being part of the Sunni alliance led by Saudi Arabia?

BB:The prime reason is that Qatar shares with Iran the same natural gas field in the Gulf. And Iran is turning a blind eye to Qatar’s exploitation of this field. Also important is the fact that Qatar does not have a restless Shia population like Saudi Arabia or Bahrain or Kuwait. Hence, it does not have to fear that Iran might somehow use the Shias as its fifth column.

HNFP: Western naval bases are located in Doha. How is the West reacting to this messy face-off?

BB: The US has an airbase in Qatar and also a forward CENTCOM headquarters. As far as I know, that is it. No other Western country has any military base in Qatar. This crisis came after US President Donald Trump’s last and recent visit to Saudi Arabia. But the official announcements from the US advised both the sides not to escalate the crisis. I do not think that the other Western countries are going to act differently.

HNFP: Is there are a possibility of regime change through military action? How do you anticipate the reaction of Turkey and Iran?

BB:I do not expect military action. There is still an American base there. There is also a Turkish base. I believe there will be immense pressure on the young Emir to step down. And that pressure will come from within the ruling Al-Thani family. Whether Sheikh Tamim will bow down to the pressure or not will depend on the support he will receive from the Emir, Sheikh Hamad, and other powerful clan leaders within Al-Thani Family. It is also critical that he receives international support — Iran’s support might backfire. Turkey’s, Kuwait’s and Oman’s vocal and strong support might work in Sheikh Tamim’s favour.

The Gulf states have much more serious issues than Qatar. I very much hope that they regain their senses and avoid further escalation of this, to my eye, really artificial crisis.

Birol Baskan completed his PhD from Northwestern University in 2006 and his research looks at the roles religion, religious institutions, and grassroots religious groups play in creating, maintaining, undermining, and destroying political order in the Middle East. He is the author of From Religious Empires to Secular States and the co-editor of State-Society Relations in the Arab Gulf States.

Saudi Arabia, Egypt, Bahrain, the United Arab Emirates and other […]
The root of this crisis is Qatar’s Independent Foreign Policy: Expert
​