India’s dietary fascism is regress in the modern world

Legislating and lynching are becoming common in India, while the Supreme Court has rules on the right of privacy which is the cornerstone of any liberal society: it gives some hope both in terms of gay rights and the right to eat what one wants.

Professor Krishnendu Ray is a scholar of nutrition and food at New York University, where he is an associate professor and department chair of food studies. Ray’s work explores the intersection of food, society and culture. Apart from featuring regularly in popular media, Ray has written numerous books. In 2012, he co-edited (with Tulasi Srinivas) Curried Cultures: Globalization, Food and South Asia. His most recent book is The Ethnic Restaurateur. In an email interview, Ray spoke to HardNews about the rising presence of the Indian State in its citizens’ dietary habits. He points to similar instances globally which eventually led to severe backlash from the people. Excerpts: 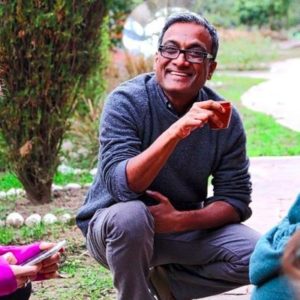 What is your understanding of recent developments in India, where the State is entering into the space of what people can eat and can’t?

The current concern around India and its issues pertaining to food are different, but I would like to say that the modern state has always been interested in the diet of its subjects. This interest was limited to that of military recruitment and public nutrition and was visible in the health studies in colonial India and in the West. This interest was mainly concerned with the recruitment of people to the military: especially the diet of those from poorer backgrounds. Another area that the State has been interested in is the diets of sailors, this was true in the war and the inter-war periods. This is very important because while this is true, it is not what is happening in India now.

The other thing that is happening in India is somewhat similar to what happened in pre-modern Europe and Japan, which is the imposition of sumptuary laws: these were sets of rules and regulations that determined who could consume what, ride horses, carry a sword, wear silk and who had to wear linen because in a sense in the medieval and early modern societies, the body was suppose to be a visible carrier of social status. These laws were maintained to differentiate between the poor and the elite, in other words they set strict restrictions on what types of food and dress classes could have. In India, it is through the caste system that these types of customs became the norm

The other thing that is changing in India is, worryingly, the consumption of soda drinks – sweetened drinks. That is partly linked to the power and reach and the prestige associated with Western soda companies like Coca-Cola and Pepsi. Liquid calories are very difficult for the body to regulate because they don’t trigger satiety signals.

There is fusing of economics and politics with the main purpose of keeping people in their place. What is peculiar about India is the inversion of dietary practices. Unlike in the rest of the world, where the elites are grabbing the protein and animal protein; the elite in India are normatively vegetarian because of the dominance of the Brahmin culture and Sanskritisation. The growth of vegetarianism was a reaction to the stiff criticism the preponderant rituals that included animal sacrifice – which includes meat consumption – faced with the concomitant rise of Buddhism and Jainism.

So, first, there is a long-term process of the contestation around the question of who should eat meat and who should not, which is related to a Brahmanica/Sanskritic domination that has come to be in the last millennium. Second, there is a more acute short-term crisis, the one that you are pointing to, which is an attack on Muslims, on tribals and on Dalits. This crisis not only targets their food habits but is also an insult to their occupations. These are the same people who take away the carcasses of the animals and then use the hide and use every bit of the animal for economic well-being. In a sense, I would call this dietary fascism – it’s regress in the modern world.

There has been a shift globally towards greater acceptance of eating habits. What is happening in India?

In the US and Europe, there was a shift to social liberal policies. So the argument is that people in these countries are going to tell you what may or may not be good for you, but at the end of the day they will not legislate or lynch. These are the two things that I would say are leading to proto-fascist trends in India. Legislating and lynching are becoming common in India, while the Supreme Court has rules on the right of privacy which is the cornerstone of any liberal society: it gives some hope both in terms of gay rights and the right to eat what one wants. The hope is that the State may be pushed back, but it looks dangerous and scary that people can be lynched for what they eat.

The food market in India is witnessing robust growth and diversification. How has the Indian diet changed – and what will happen in the light of the State’s rigidity?

The change in dietary habits of Indians is mostly a function of improvement in the economy and well-being of people. When people earn better, they eat better so a demand for protein grows, this is what is called ‘protein hunger’. Animal protein is very expensive ecologically and economically, so wherever the standard of living goes up, we have a concomitant rise in protein hunger. When it comes to protein consumption, India serves as a very interesting case. If we are to compare the eating habits of India and China, two civilisations that are mirror images of each other, we are confronted with interesting opposites. China is probably one of the most omnivorous countries, there are very few rules and taboos of what not to eat. On the other hand, when it comes to India, there are very few cultures in the world that are so extensively built around what not to eat.

This limiting of eating is largely to do with protein, with one exemption (that is, dairy). It is true that India is largely non-vegetarian but people eat a relatively small amount of meat, which is partly an economic question and an aesthetic question. Indians do not like that much meat, when they do eat it, it’s curried and in smaller portions.

The other thing that is changing in India is, worryingly, the consumption of soda drinks – sweetened drinks. That is partly linked to the power and reach and the prestige associated with Western soda companies like Coca-Cola and Pepsi. Liquid calories are very difficult for the body to regulate because they don’t trigger satiety signals. If I eat a lot of rice, chapattis or even if I eat a lot of meat, eventually I will get sick and tired of it. Another change is that India is becoming one of the large consumers of alcohol, again, not per capita – Germany, the US, and Japan are much larger consumers – but in terms of aggregate market. There is a lot more consumption of whisky and Indian-made foreign liquor. Per capita consumption is going up, but not dramatically. In fact, what is going up is that more people are having more money to spend on liquor consumption.

How does the State intervene in the eating habits of people?

There are at least two ways in which the State curbs or controls dietary habits. The first is by directly regulating sumptuary laws – that is, the banning of beef and or alcohol, which are draconian steps that don’t work in democracy in the long run because eventually they will encounter stiff resistance from the people. Why do they do this, then? It gives them power in certain regions in the short run. The second is through higher taxation. Cigarettes, cola drinks and other such products have been taxed higher than other items. However, it›s more of a market-based price level intervention, but often difficult to do – again, because people with rising economic power do want to see these as prestigious consumption especially in the case of soda because of advertising.

We have seen this imposition on tourists as well…

Absolutely, and that will be interesting to watch in terms of tourism because Indian state governments are so interested in the tourist economy. I think that, more than sumptuary laws, news about lynching and so on probably have a bigger impact on tourism. However, what will happen will be similar to what happens in the Arab world: a certain kind of segregation of consumption. So, if you have a foreign passport, you will be able to buy alcohol in five-star restaurants but the local people will not be able to buy local alcohol. That works up to a point but also generates resentment in a democracy.

The change in dietary habits of Indians is mostly a function of improvement in the economy and well-being of people. When people earn better, they eat better so a demand for protein grows, this is what is called ‘protein hunger’. Animal protein is very expensive ecologically and economically, so wherever the standard of living goes up, we have a concomitant rise in protein hunger. When it comes to protein consumption, India serves as a very interesting case.

Historically, how has the imposition of strict sumptuary laws affected societies?

In some ways, this was seen during the Communist regimes in the Soviet Union and China. In those societies, only tourists were allowed to buy expensive food in five-star hotels, which led to a vibrant black market because native citizens with money will always try to break in and they will succeed. These stringent laws totally corrupt the State from the bottom up and eventually lead to its decay.

So that is one big lesson. India is a far more robust democracy than the Soviet Union or China. So it de-legitimises the State in a two-pole way, through everyday trivial corruption and through a kind of racialised notion of who gets access to what goods depending on their race, caste or power.

What is the impact of this criminalisation on ordinary citizens?

It criminalises society, it delegitimises the State and undermines the nationalist project. You see it in Iran, everyone drinks, but it is also a crime which in little ways delegitimises the State. There will be pulsating mass mobilisation against these limitations. It’s a symbolic humiliation. So we must say that what looks like the power of the State, the arbitrary power, could eventually turn out to be its Achilles’ heel. Those in power feel that they can bully people towards a specific consumption structure and they will bully. But that’s the short run – they will lose in the long run.

History has taught us what weakens the State, makes it more corrupt and delegitimises the project. If India is, and it is, an increasingly important economic power, which is built on the production and consumption of its citizens, then on the other side trying to arbitrarily manage that consumption structure eventually undermines the regime. We saw it in the US – there was unanimous support for banning alcohol, but within a generation there was strong antipathy towards it. This led to the rise of ‘big crime’ and there was growing criminalisation of society. As a response, the FBI was created to take on the mafia which was in fact a creation of Prohibition.

Legislating and lynching are becoming common in India, while the Supreme Court has rules on the right of privacy which is the cornerstone of any liberal society: it gives some hope both in terms of gay rights and the right to eat what one wants.
India’s dietary fascism is regress in the modern world
​