Despite being underrated and under editorialised by the Indian media, there is nothing that anyone can really take away from the importance of the event organised by the Indian Islamic and Cultural Centre (IICC) to provide a forum for the visiting King of Jordan, His Majesty, King Abdullah II, to expound his views on the moderate nature of Islam and the imperative to fight radical Islam. 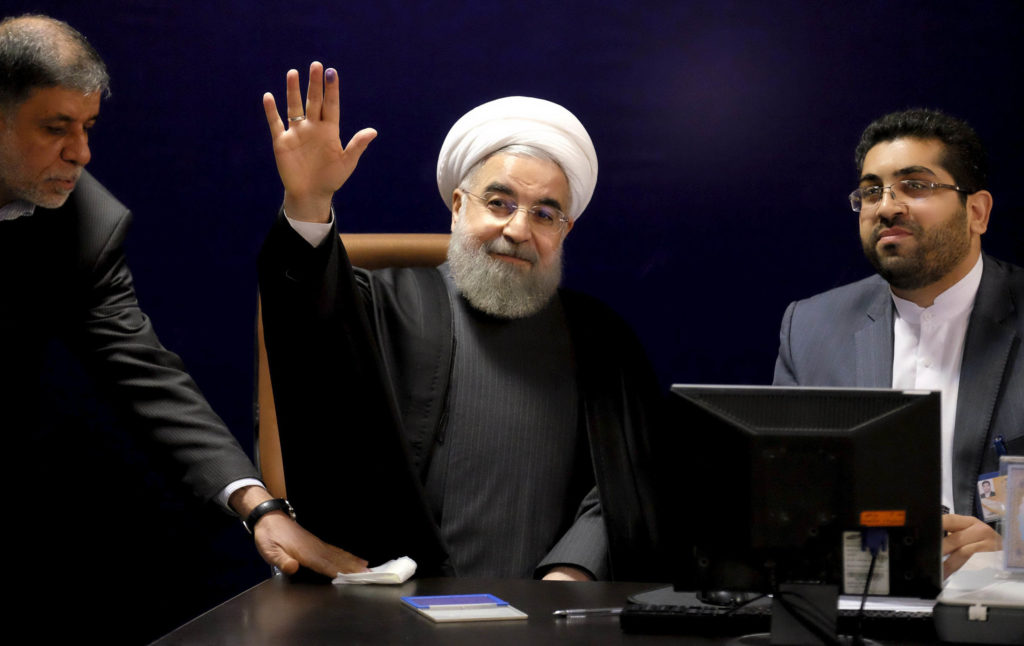 Interestingly, King Abdullah was given precedence over Iranian President Hassan Rouhani to give out a message of peace and inclusion to the Muslim World. President Rouhani gave a similar message from Hyderabad, which has old links with Iran.

King Abdullah’s words carry enormous weight in the Islamic World and even India. He is the descendant of Prophet Muhammad and his Hashemite kingdom ruled the holy shrine of Mecca before the Saudis took over in the early 20th century. King Abdullah is also the custodians of the holy sites of both the Muslims and Christian city of Jerusalem. Extremely articulate, he chose Delhi to highlight the qualities of the Indian version of Islam and how its adherents have stayed away from violent extremism that was sweeping much of the Arab World and Europe. He spoke with great verve in this conference on “Islamic Heritage: Promoting understanding and moderation.”

While it was expected for King Abdullah to reiterate the core principles of the Amman message and talk about the unity of Islam, but what was really refreshing was the manner in which Indian Prime Minister Narendra Modi stepped up to the occasion and talked about plurality and accommodation intrinsic in Indian Islam. He visualised a world where the Indian Muslim would have the Koran in one hand and a computer in the other. Modi used the Vedic concept of “Vasudevayakutumbam” or the world is one large family. This constant reminder was served to an audience — curated by Syed Asif Ibrahim, India’s envoy on counter terror — comprising of Islamic scholars and the diplomatic community about India’s syncretic culture — Ganga-Jamuni tehzeeb and how the message of love has emanated due to that. “Whether it’s Buddha or Mahatma Gandhi, the message of peace was spread from here, India has created an identity while considering the whole world as one family,” Indian Prime Minister said. Indian democracy, Modi justifiably said, was the outcome of this “celebration of age-old pluralism.” King Abdullah II repeated Modi’s view when he said: “It was wisely said that ‘the world is one family.’ We have a shared responsibility to each other and the world.” It is in this vein that he said that the fight against terror has to be fought together by moderates of all communities. He also talked about the imperative to build strong countries and inclusive societies.

Interestingly, King Abdullah was given precedence over Iranian President Hassan Rouhani to give out a message of peace and inclusion to the Muslim World.

King Abdullah’s visit is a watershed moment for Prime Minister Modi and his attempts to break away from the image of being a muscular Hindu nationalist who has no space for Muslims in his politics. The kind of people who sat on the dais dispels that view. It is quite apparent that Modi has realised the limitations of exclusion and the need to take everyone along. If this outreach to the Muslims of India gives a sense of déjà vu about how Atal Behari Vajpayee went about wooing them through normalisation of ties with Pakistan, then it cannot be faulted. Modi is doing this with a twist. He has ignored Pakistan and is trying to show to Indian Muslims that he will work with them in the coming elections, by working closely with leaders from the Arab world. He has been to Saudi Arabia, UAE, and Palestine and briefly to Jordan. He has managed to de-hyphenate Palestine with Israel, by visiting Tel Aviv separately without evoking hostility from the Arab world or from Muslims in India. This is a big achievement. What needs to be seen is whether this strategy will pay dividends in the 2019 elections as he tries to reach new constituencies.

The fact that he is reaching out to the Muslim leadership was visible when Maulana Asad Madani was allowed to conclude the conference and the manner in which Modi got up to praise his speech. There were other members of the clergy who were traditionally opposed to Modi, but they all chose to come due to the respect they have for King Abdullah and the new message of conciliation that was flowing out of the forum. This new undercurrent can have interesting implications for the 2019 elections.