As Turkish President Recep Tayyip Erdogan faces widespread protests and accusations of clamping down on dissent by using the last year’s coup as a pretext, Aykan Erdemir, a former member of the Turkish Parliment and senior fellow at Foundation for Defense of Democracies, speaks to Hardnews about the ongoing crisis, Turkey’s fate under Erdogan’s rule and the dangers of straying into Qatar row

Dr. Aykan Erdemir is a senior fellow at the foundation for the defense of democracies and a former member of the Turkish Parliament (2011–2015). He is a founding member of the International Panel of Parliamentarians for Freedom of Religion or Belief, and a drafter of and signatory to the Oslo Charter for Freedom of Religion or Belief (2014) as well as a signatory legislator to the London Declaration on Combating Antisemitism. On April 27, 2016, Dr. Erdemir was awarded the Stefanus Prize for Religious Freedom in recognition of his advocacy for minority rights and religious freedoms. In March 2015, Dr. Erdemir was awarded a distinguished fellowship at the Oxford Centre for the Study of Law and Public Policy. He has edited seven books. His work has appeared in all the major newspapers, publications including Foreign Affairs, Wall Street Journal, The Washington Post amongst others. 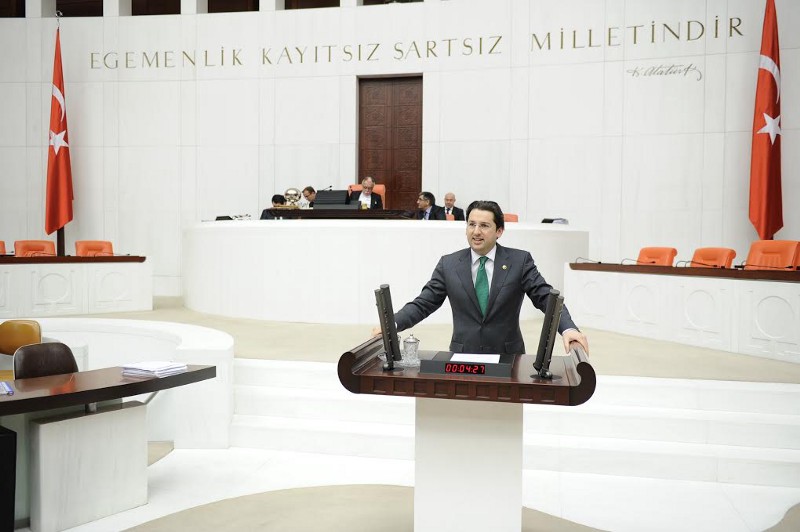 HNFP: What were the objective conditions that led to the success of the ‘March for Justice’? Is this the beginning of a sustainable opposition against the Justice and Development Party?

The March for Justice has been a huge success for Turkish democracy. Despite President Recep Tayyip Erdogan’s efforts to criminalise the march and its participants, people across the political spectrum did not hesitate to join the 430-km march. There were almost two million citizens present at the final rally in Istanbul, an unexpected turn out that shocked pro-government pundits. The march turned out to be such a win because it managed to articulate the key grievance of the Turkish public: the lack of rule of law and due process in their country. The main opposition Republican People’s Party (CHP) succeeded in keeping the protest bipartisan and incorporated a wide range of stakeholders to the process. Sceptics, who had predicted Turkey’s “No” bloc — the 49 percent that opposed Erdogan’s enhanced presidential powers in the April referendum — would fizzle out, turned out to be wrong.

If the opposition can maintain this momentum seen during the referendum and the March for Justice, they have a good shot at defeating Erdogan in the November 2019 presidential elections.

HNFP: There is a belief in the international and Turkish media that only Mr Recep Tayyip Erdogan can muster such a crowd, what are the reasons for his popularity?

Erdogan is indeed the mastermind of polarisation. He has exploited Turkey’s existing sectarian tensions to mobilise a Sunni majority behind his Islamist agenda. Lately, having monopolised the media, he is further fueling anti-minority sentiments by propagating conspiracy theories. Under Erdogan’s rule, Turkey will continue to witness mass rallies both pro and against his one-man rule. Since the Parliament has turned into a rubber stamp under the presidential system, citizens will increasingly turn to streets to express their views and opinions. 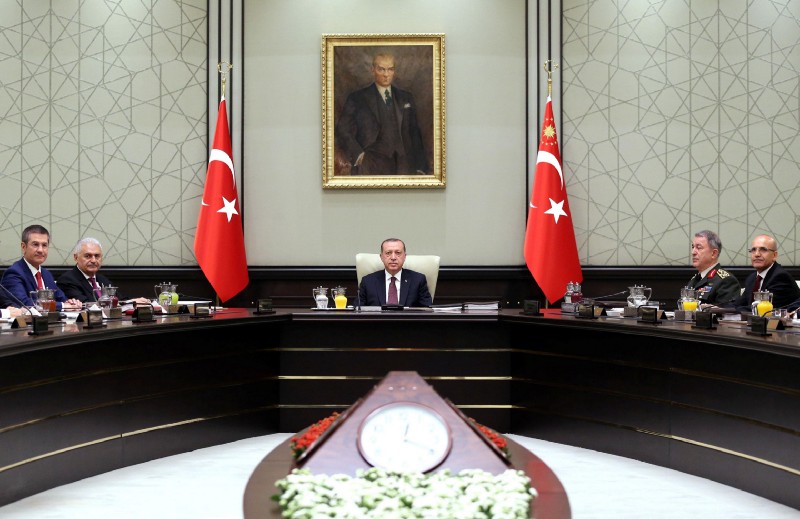 HNFP: There are justifiable fears that media freedom and the secular character of Turkey has become a casualty of this government, your comments?

Indeed, Turkey is now the world’s worst offender of media freedoms and has the highest number of journalists in prison. The government controls and funds, directly or indirectly, most of the media outlets. Government-mouthpiece media carry out smear campaigns and black propaganda of the worst kind tarring opposition figures.

Today Doha and Ankara are the leading patrons of the Muslim Brotherhood and Hamas. There is deepening cooperation between Turkey and Qatar on business, finance, and security.

The handful of independent journalists left have to do a lot of self-censorships to avoid prison. The government has also been undertaking a long and slow campaign to undermine the secular nature of Turkey for the last 15 years. It is true that Turkey’s secularism was not perfect, to begin with. There was systematic discrimination against minorities even before Erdogan, but the Sunni majoritarian character of the regime was never this dominant. Both in practice and rhetoric, it is becoming difficult to distinguish Turkey from an Islamic republic.

HNFP: Post-July 15 coup, we have witnessed one of the most sweeping clampdowns against people associated with Fethullah Gulen’s network. How much truth is there in these charges against Gulen?

The evidence indicates that Gulenist officers played a major role in the abortive coup of July 15. The government crackdown, however, has gone beyond the putschists and even members of the Gulen network. Individuals who have opposed the Gulen movement all their careers are now in prison for their alleged membership in his network.

Traditionally, Turkey has been very prudent in its relations with Russia and maintained a healthy distance. Under Erdogan, however, Ankara has started pivoting toward Russia

It is clear that the government is using the failed coup as a pretext to decimate not only the Gulen movement but also the opposition across the political spectrum. There is little faith in Turkish public that the ongoing investigations and court cases will reveal the true nature of the coup and the political connections of the putschist officers. It seems that a number of government officials were negligent, if not complicit, in the coup, and they are obscuring their culpability through mass arrests and witch hunts.

HNFP: The Turkish government had invested heavily in the removal of Syrian President Bashar-al Assad, what have been the implications of this strategy on Turkey?

President Erdogan was convinced in 2011 that a quick regime change in Syria, as fast as within three months, was possible. He, therefore, was willing to support jihadists, including the Al Nusra Front, to topple the Assad regime. As the Syrian civil war dragged on for over six years, Erdogan has learned the hard way the complexities of Middle East politics. The instability and vacuum that Ankara helped create in Syria has become an existential threat for Turkey itself. Hence, lately, Erdogan has given up his ambitions of regime change in Syria and turned his attention to fighting the Islamic State, to which he had used to turn a blind eye as a counterbalance to the Syrian Kurds. Erdogan’s miserable failure in Syria is the best example of the shortcomings and shortsightedness of Islamist foreign and security policy in Turkey. 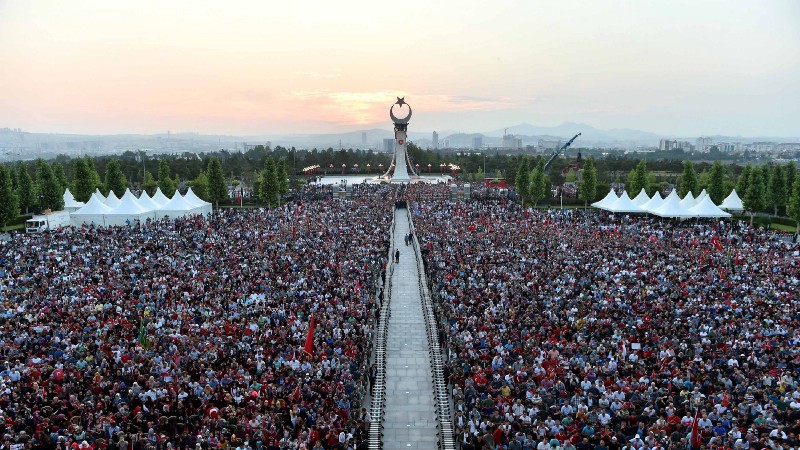 HNFP: Over the last, one and a half years, we’ve seen Turkey’s relationship with Russia vacillating. What does Russia mean to Turkey?

Traditionally, Turkey has been very prudent in its relations with Russia and maintained a healthy distance. Under Erdogan, however, Ankara has started pivoting toward Russia. Erdogan even stated that he would like to bid farewell to the European Union and join the Shanghai Cooperation Organization. Despite the hiccup with the downing of the Russian fighter in November 2015, Erdogan has been flirting with the Russian President Putin.

The handful of independent journalists left have to do a lot of self-censorships to avoid prison. The government has also been undertaking a long and slow campaign to undermine the secular nature of Turkey for the last 15 years.

Turkey is 60 percent dependent on Russian natural gas, and Erdogan has exacerbated the problem by signing deals with Russia on an additional pipeline across the Black Sea and a nuclear reactor. Most recently, Turkey announced that it will procure S-400 air defence system from Russia, a shocking development for a NATO country. Turkey’s ongoing drift from the transatlantic alliance and values is music to Putin’s ears, however, it is suicidal for Turkey. Erdogan’s personal interest trumps Turkish national interest, and we can expect to see Turkey further entering into Moscow’s orbit.

HNFP: What does Qatar mean to Turkey in the backdrop of the intense political contestation in the Gulf?

Until recently, Qatar was not even on the radar of Turkish foreign policy. Erdogan has single-handedly changed that. Today Doha and Ankara are the leading patrons of the Muslim Brotherhood and Hamas. There is deepening cooperation between Turkey and Qatar on business, finance, and security. Turkey’s first military base abroad is currently being built in Qatar. This shows that Ankara has given up its traditional policy of staying out of intra-Arab disputes, and is today a major part of the diplomatic crisis in the Gulf. Turkey has a broad range of security threats at home and abroad. It is difficult to see where and how Qatar’s security has come to be a priority for Turkey. Erdogan’s turn to Qatar might be a smart move as part of the Muslim Brotherhood’s global Islamist strategy, but it is and will continue to be detrimental to the national interests of the secular Republic of Turkey.