What Should Qatar Do?

Behind the isolation of Qatar lies the complicated game of […]

Behind the isolation of Qatar lies the complicated game of dominance between Iran and Saudi Arabia. With no clear solution in sight the longer the crisis carries on the greater the effects 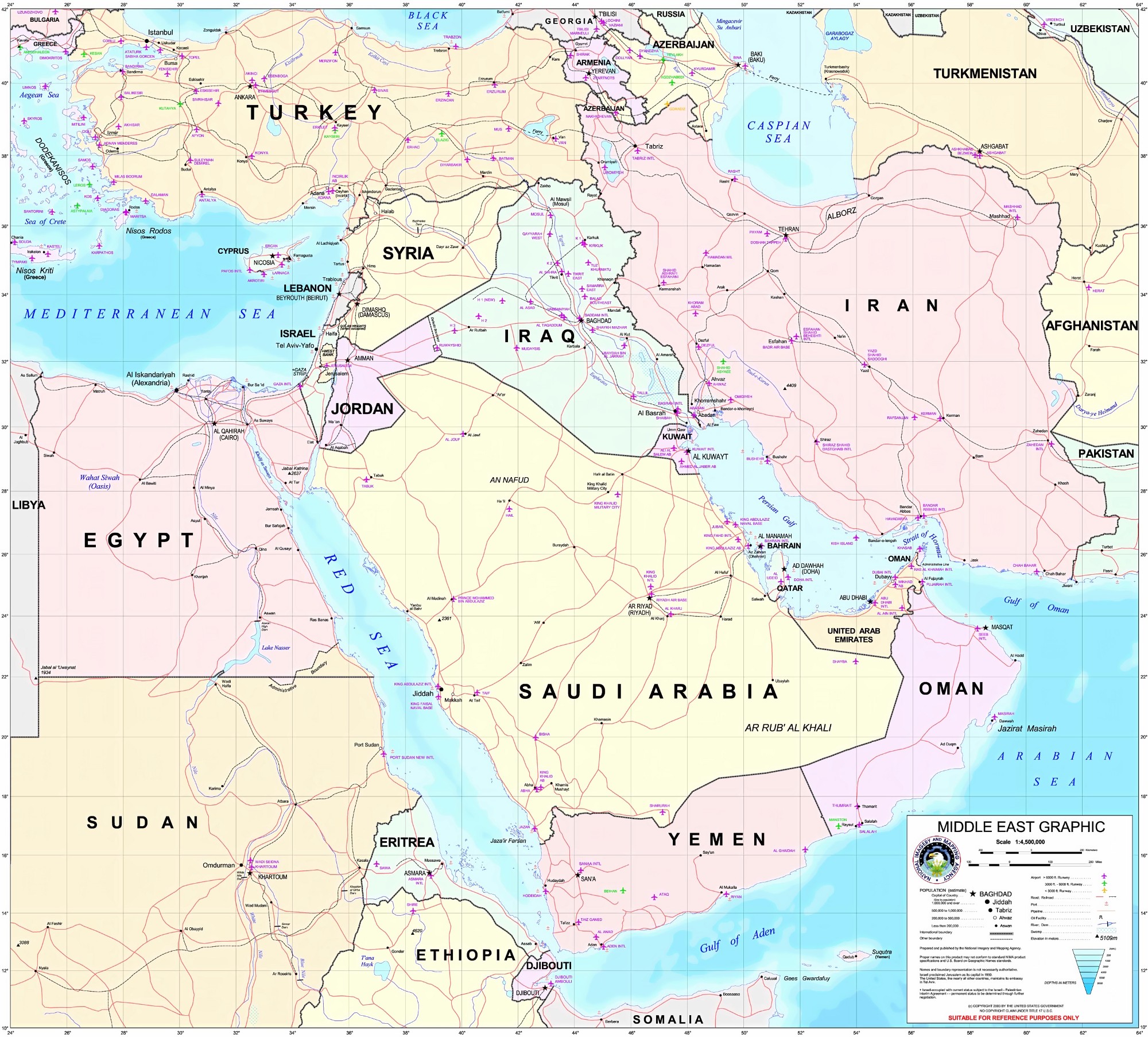 The diplomatic and geopolitical crisis that has erupted between Qatar and the other Gulf countries is not a new one. In fact, it is neither a recent problem nor, as some analysts believe, a continuation of the rift in 2014 or the tensions of 2011– an outcome of the alleged active role played by Al-Jazeera in the so-called Arab Springs. Those incidents too were symptoms of the problem we are going to try to unpack here.

Al Jazeera has become a bone of contention for many Arab and Islamic countries. These governments have come to resent the television network — who they consider as an active meddler in their internal affairs. The channel’s editorial line has been considered unacceptable to even countries who have excellent bilateral relation with Qatar like Morocco. In their view, the network should report the news without bias and without inciting trouble. 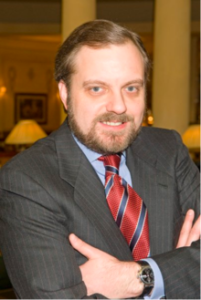 It goes without saying that the independence and unbiased nature of the media means that it should not succumb to any pressure except that of the truth. However, in the case of Al Jazeera, many viewers, not only Governments, perceive Al Jazeera’s editorial line as biased and destabilising. One of the most frequent grievances put forward by the protagonists of the crisis is that the channel is promoting revolt and even regime change in many countries, or is simply attacking their basic and most important interests. In any case this is the gravest and most dangerous inter-GCC crisis ever recorded since the independence of all of these Nations.

The Gulf is a region often understood as simple and homogeneous: international public opinion seems to think that all the small wealthy Gulf States are very much alike and that even their mere existence as independent nations questioned by some. The reality in the Gulf is far more complex than that, and this crisis is a very clear indication of that.

Qatar’s foreign policy is regarded by international analysts as original and fiercely independent. To others, especially some neighbours as purely defiant.

Al Jazeera has become a bone of contention for many Arab and Islamic countries. These governments have come to resent the television network — who they consider as an active meddler in their internal affairs.

The main issue without a doubt is the struggle for regional hegemony between Saudi Arabia and Iran: the leading Sunni power versus the leading Shia power in the world. At the same time, it would be misleading to only call this a confrontation between sects. The enmity between the two countries has made many waves and created a great deal of tension.

Since the triumph of the Islamic Revolution, Iran has had an extremely aggressive foreign policy. Iran is more an oligarchy and the majority within wants change but nothing disruptive. Every political faction is an appendage of the system such as the moderates who play by the rules but at the same time oppose the ultra-conservative, ultra-orthodox apparatchiks of the Regime. Iran’s Revolutionary Guards, Ministry of Intelligence and Revolutionary Committees, make sure that everything stays within the orthodox status quo. This is an aggressive foreign and security policy to expand its influence, and use shia minorities as a weapon of domination and destabilization. Any country, and especially its neighbours, that have been the target of Iran’s expansive policies, see any laxity in diplomacy as unacceptable. This is the essential and central element of the crisis.

Shia minorities in some Gulf countries are an important demographic. In Bahrain, for example, they are the majority. The figures vary widely with little factual accuracy, but in all cases are extremely controversial — an explosive issue used as a political ammunition. 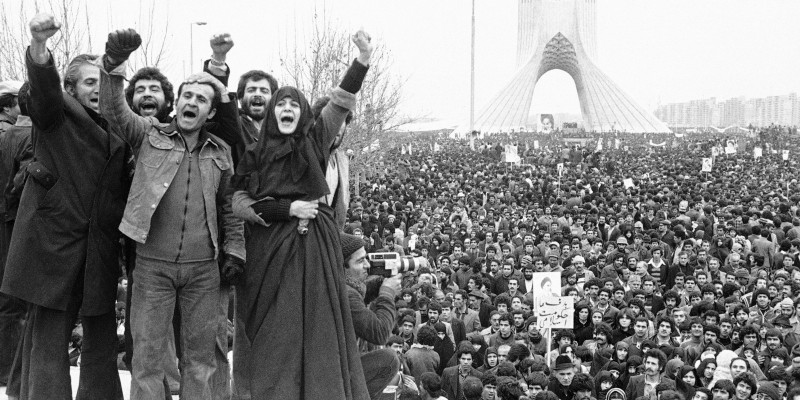 After the Iranian Revolution of 1979, Iran adopted a more aggressive foreign policy based on the sizeable Shia population in the middle east, which it used as leverage whenever it wanted to punish neighbouring countries via wiki commons

In Kuwait the Shia minority ranges from 25% to 35% depending on the source you consult; in Saudi Arabia there are officially between 10 to 15% but number could be as high as 19% — the Iranians say it’s even bigger — there is even a Shia minority in the Sultanate of Oman. If one analyses the crisis closely the presence of these minorities has played an essential role, Kuwait and Oman remained neutral, their need to keep peace at home and at the same time not to irritate either giant of the Gulf is obvious. Bahrain suffered a revolt of its Shia majority agthe against Sunni minority that rules the country and is therefore threatened and it did take sides in this Arab Gulf Nations-Iran crisis by proxy.

The other elements are what is considered as unacceptable support of some Islamist movements by Qatar, and the presence of some very fiery TV-Imams like the Egyptian pro-yihadist Yusuf al-Qaradawi, who’s program in Al-Jazeera is considered incendiary around the world both in the West and by a majority of Arab Governments. The editorial line of Al-Jazeera is seen by some major actors to be in confrontation with the interests and stability of the majority of the Nations of the regions.

In the eyes of many international observers, Qatar’s foreign policy is too ambitious and bold for a country of its size. They argue that because they are a small country they necessarily need to be in good terms with all the regional actors including Iran. Qatar infuriated its neighbours when it acknowledged Iran as a major power, a statement that was considered an affront to its neighbours. One could agree that Iran has acted aggressively and has used its sizeable forces and the Shia minorities to defy and destabilise its rivals, but that fact that Qatar recognised it as a major player is an obvious reality even if you may not like it. The fact is that any kind of attitude or policies that are in any way seen as lenient, soft or compliant with Iran, are regarded as treason and collusion with the enemy.

How can this explosive situation be defused? Some important steps towards mediation have been taken. The Kuwaitis, used as couriers, presented ‘a list of demands’ made by the bloc led by Saudi Arabia, which have been bluntly rejected by Qatar, on the grounds that they are excessive. Another attempt has been carried out by Morocco’s Foreign Minister Nasser Bourita. The King of Morocco has special significance Sunni world, he is the Commander of the Faithful for all Sunnis who follow the Maliki School, a moderate and traditional school of Sunni Islam. The mediation has been discrete and out of the limelight, which is the only way to make them effective.

The fact is that any kind of attitude or policies that are in any way seen as lenient, soft or compliant with Iran, are regarded as treason and collusion with the enemy.

The list of demands sent to Qatar is steep, but there needs to be a negotiated outcome, this situation, even if it doesn’t escalate to a full-scale blockade or even any kind of military clash, is going to hurt stability in the region, it will weaken the GCC as a major actor in a very explosive environment. The stand-off is already affecting the economies, the aftershocks are affecting global oil and commodity prices, not only the Qataris.

Diplomacy and flexibility are of essence in these times. Severing diplomatic ties with Iran does not seem viable for Qatar, but they need to be much more demanding diplomatically and denounce any meddling that Iran has done in other country’s internal affairs or any attempt to destabilise or commit acts of aggression against its neighbours.

Al-Jazeera should not be shut down, but its editorial line, especially that of the Arabic channel, must move towards a more moderate stance and be neutral and objective in its reporting. Support or leniency to extremists needs to be curbed and condemned so that organisations incompatible with peace, stability, moderation, and Human Rights, do not get any kind of support even if it’s just by means of editorial complacency.

Qatar, on the other hand, is a sovereign Nation, a member of the United Nations and as such deserves respect for its independence and territorial integrity. It is mandatory that dialogue, moderation, caution, prudence and common sense prevail in these bleak times of global uncertainty. An urgent solution is needed, because any little spark can light up a huge wildfire that will consume the entire region.

(The author is the former Ambassador of Spain in India)

Behind the isolation of Qatar lies the complicated game of […]
What Should Qatar Do?
​