Indian Human Rights lawyer Indira Jaising leads the UN Human Rights fact-finding mission to better understand the violence. In the case of the Rohingya, they flee violence to find more persecution and ostracisation in their ‘asylum’ countries especially in India.

Some 75,000 Rohingya fled northwestern Rakhine state to Bangladesh after the Myanmar army carried out a security operation last October in response to attacks by Rohingya insurgents on border posts in which nine police officers were killed. A U.N. report from February, based on interviews with some of the Rohingya refugees, said Myanmar’s security forces have committed mass killings and gang rapes of Rohingya in a campaign that “very likely” amounts to crimes against humanity and possibly ethnic cleansing. 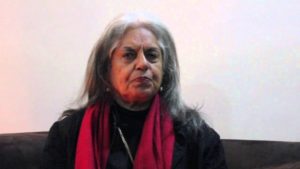 The UN has just woken up to a problem that has been ongoing for nearly fifty years. The Rohingya have fled persecution in Myanmar at the hands of the Buddhist majority for a large part of the last decade. Lives and rights have been lost one riot after another forcing many to flee under the cover of darkness. Left at the mercy of traffickers many have died in boats, women and children have been sold. The community has found it difficult to find asylum in countries all over the world including India. The problem as it stands is that the Rohingya are seen as economic migrants and threats to the security of the country, as mounting xenophobia against Muslims reaches a fever pitch.

The woes of the Rohingya seem to follow them around. In India, too, they have been called many a name ‘Stateless’, ‘Infiltrators’, ‘Trafficked’ and ‘Bangladeshi’s’, but most importantly are seen as a security threat. This feeling of insecurity amongst the majority has reached a fever pitch.

A large influx of Rohingya have spread through different parts of India: some in Jammu, others in Delhi and neighbouring districts. In these places a similar narrative, one that resembles the persecution they faced in Myanmar seems to follow them around: one that seeks to oust them has spawned in many parts of the country. In Jammu, for example, large hoardings have come up asking for the Rohingyas to leave. In India, with no asylum or refugee law, the BJP government has turned a blind eye towards the plight of the community, only looking to welcome Hindu, Sikh and Parsi people being persecuted. 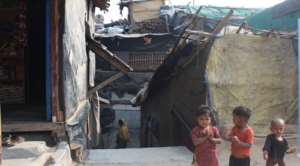 Even in India, those refugees who have managed to make it across borders surreptitiously find it difficult to find rights, places to stay, they marry girls off to local Muslim communities for land, rights, and status. The Rohingya truly are treated as ‘second class refugees’