China has spread its aggressive tentacles to its Himalayan neighbour. […]

China has spread its aggressive tentacles to its Himalayan neighbour. Indian diplomats have cause for worry

Kathmandu : Binod Choudhary is Nepal’s sole billionaire. He was furiously busy a day before Prime Minister Pushpa Kamal Dahal or Prachanda as he is popularly known, demitted his office as part of a power sharing deal with his coalition partner, the Nepali Congress. Choudhary’s concerns were not just limited to launching new digital businesses in Nepal’s fast growing economy, but also about the future of the coalition government. “Nepalese democracy is stabilising. Instead of 30 parties that were part of the ruling coalition in the past, there are now just 3 that are in power now. Due to this economy has begun to rise again”. His optimism may have been unfounded.

A day later Prachanda resigned, thus scotching rumours that he may not really abide by the power sharing agreement brokered by India. What was causing great anxiety in Delhi were reports that the Chinese were forcing the left parties to come together and prevent the pro-Indian Nepali Congress leader Sher Bahadur Deuba from coming to power. Recent signing of the OBOR deal with China further confirmed the impression that the balance was shifting in Beijing’s favor. What also underpinned this assessment was the popularity of the former PM, K P Oli, which was built on trenchant opposition to India. In the first round of the local elections, Oli’s party CPN (UML) won 116 seats and Nepali Congress (NC) 103. Prachanda who leads a Maoist rump, CPN (Maoist centre) bagged 46 seats.

China may have funded the conduct of these local elections, but there is no confusion in anyone’s mind that India still calls the shots in Nepalese politics.

The Madheshis or people of the plains had boycotted the polls claiming that their demand for federalism had not been met by the parties that had greater support in the hill region. In the last days of his government the outgoing PM had promised more polling station for the restive people of the plains, but the opposition CPN (UML) had protested such accommodation when the country was in the midst of local elections. The next round of elections are to take place on June 14 under the charge of Deuba, but there is still confusion whether the elections will indeed take place.

The Indian government that supported the Madheshis in their agitation to find greater space in the constitutional arrangement, according to rumors in Kathmandu, has told them to participate in the June 14 elections and not delay the democratic process. This is seen as an about turn by the Indian government that was urging Madhesis not to relent on their demand for a separate province. Newspaper reports had claimed that the change in Indian position was conveyed by the new Indian Ambassador, Manjiv Singh Puri in his meeting with Madhesi leaders. Earlier Modi had also endorsed the first round of local elections that were taking part in Nepal after 20 years.

China may have funded the conduct of these local elections, but there is no confusion in anyone’s mind that India still calls the shots in Nepalese politics. Though their influence has waned since the days when the joint secretary looking after the Nepal desk would decide on who heads the NC or who should be the PM- Nepal has seen 10 PMs in 10 years- the Indian officials and politicians of the like of DP Tripathi, Ram Madhav, Sitaram Yechury have considerable sway over politics in this Himalayan State. The main reason why it has happened is due to some botch-ups that India committed ever since Modi came to power in 2014. His first trip to Kathmandu had made him a household name in Nepal. It was common to hear in Kathmandu why “ Nepal cannot have its own Modi”. 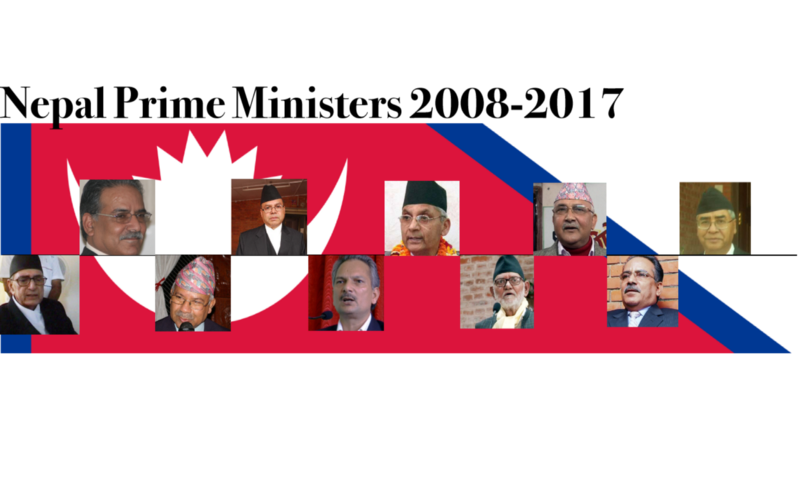 The honeymoon did not last long. Modi wanted to address a public meeting in Janakpur, but he was denied permission by the government. Since then there has been a downslide. “ Modi was treated very shabbily by some Nepalese leaders, “ claimed an influential pro-Indian voice in Nepal. According to him, Modi had plans to declare Janakpur and Ayodhaya as twin cities and connect it with a four lane highway. Similarly, he had offered to link Lumbini with India’s Buddhist circuit. He jettisoned all these plans when he found opposition to them in Nepal. What followed thereafter was the bad publicity that India got after the monster earthquake- despite all the hard work it’s forces performed to rescue thousands of lives- and the blockade imposed by Madhesis.

The honeymoon did not last long. Modi wanted to address a public meeting in Janakpur, but he was denied permission by the government.

Nearly, everyone in Kathmandu felt that the blockade which caused havoc to their lives was imposed by India and it had to be challenged in some ways. Although, Nepal has always played the China card when dealing with India, but this time it was done aggressively and with purpose. Chinese also reciprocated amply in weaning Nepal away from India’s arc of influence. Not only did they end India’s monopoly when it came to supplying oil through the Kerung Pass through the Tibet Nepal corridor, but also aggressively wooed the Nepalese politicians. In the past, the Chinese diplomats would not interfere very much in Nepal’s internal affairs as long as their interests pertaining to curbing the activities of Tibetan dissenters was kept in check. They pretty much allowed Indians to have a free run on controlling politics in Kathmandu. Much of that has changed. “ We must readjust to a new Chinese aggression in the way they conduct their foreign policy. How is Nepal different from how Chinese conduct themselves in Africa or South East Asia”? remarked a diplomat. Another former Ambassador claimed the Chinese did not shy from spreading money around to bend some of these politicians. In many ways, due to the China factor, engagement with Nepal has become very complex. India under Modi and the Sangh Parivar, too, is trying to balance growing Chinese clout by not just through sharp diplomacy, but also unleashing RSS workers who are striving to reclaim the Himalayan Country as the Hindu state it has always been.

China has spread its aggressive tentacles to its Himalayan neighbour. […]
Painting Nepal Red
​