Last Sunday China hosted a well-attended and hugely touted conference to promote its One Belt, One Road (OBOR) initiative. This initiative also known sometimes as the New Silk Road and Maritime Silk Route initiatives have been hailed or condemned by commentators all over the world as a “game changer” and China’s big play to seek world domination. Both the fears and the optimism are unfounded.

The OBOR is a project meant to very simply get out Chinese reserves invested in western banks into investments where it will fetch a higher rate of return; and to take up the slack from the huge over capacity problem that plagues the Chinese economy. Speaking at the conference, President Xi Jinping announced that Beijing would advance 380 billion Yuan or $55 billion to support OBOR. This is a far cry from the huge figures, sometimes as high as $750 billion to $ One trillion, bandied about.

While economists are generally skeptical about China’s goals and intentions, strategists — mostly the garden-variety Indian military types — have endowed this project with sinister overtones. I was on a TV show a couple of days ago where both the prominent anchor and a prominent commentator of the unempirical stuff that passes off as strategic thought, raised the issue of the so-called “String of Pearls” (SOP). To them it seemed that every port or airport where a Chinese company is the contractor had a military purpose?

One way is to put these funds to work in investment starved countries in Africa and Asia and assures themselves of returns for a long time to come. In some, the birds have come home to roost quite early.

The “String of Pearls” is a bogus idea. It was cooked up by consultants working for a CIA and US DOD tied company called Booz Allen Hamilton and was given much traction by some well known Indian “strategic thinkers.” I was once in a conference where Admiral Dennis Blair former Chief of the US Navy and later Director of National Intelligence to President Obama was asked about it. He called it a stupid notion and said that no one who has run a large navy or held a responsible position in a navy will ever say an Oceanside blockade is possible. He explicitly and loudly said to Indian strategists who harped on SOP that no navy could encircle a country with a few ports.

The question that we need to ponder over a bit is as to how long will these “ports” survive after the outbreak of general hostilities? The Indian Air Force and the Indian Navy have enough airpower at hand to sort them out, and our navy can effectively blockade hostile ports in the neighborhood. It may be noted that the IAF has operationalized an airbase in Thanjavur and will fly SU30 MKI’s from there. The IN deploys MIG29K fighters as well as P-8i Poseidon maritime surveillance and attack aircraft and a formidable fleet of combat vessels. We have not been exactly sleeping or need to be overly worried. The same Sri Lanka that once hosted a Chinese Jinn class nuclear submarine ostensibly on a goodwill mission last week turned away a PLAN conventional submarine wanting to pick up supplies.

Now to the economics of OBOR. China claims that OBOR is “based on principles of mutual benefit and that it is not interested in interfering in the participating countries’ internal affairs.” But there is a reality most of our commentators do not see or cannot understand. China has accumulated foreign exchange reserves of $ 3.5 trillion. The capital it claims it is prepared to subscribe for the NDB, AIIB and Silk Road Fund would amount to only around 6–7% of its total foreign exchange reserves invested in western banks.

The “String of Pearls” is a bogus idea. It was cooked up by consultants working for a CIA and US DOD tied company called Booz Allen Hamilton and was given much traction by some well known Indian “strategic thinkers.” I was once in a conference where Admiral Dennis Blair former Chief of the US Navy and later Director of National Intelligence to President Obama was asked about it.

Since these China promoted institutions will be providing infrastructure lending rather than grants, the return on capital from these investments could be significantly higher than the returns China is getting from its foreign exchange reserves currently invested in low-yielding US government bonds. It’s very simple. China needs to get value for its money and also help its demand starved industries. And they have found a typically Chinese solution to it and are making a virtue of a necessity.

Look at it from another angle. The US dollar is also steadily depreciating in the long term against other major currencies. With no interest and with depreciation factored in China’s huge reserves, accumulated by extracting surpluses in its sweat shops, are steadily shrinking in value. The problem that Beijing seeks to grapple is this.

One way is to put these funds to work in investment starved countries in Africa and Asia and assures themselves of returns for a long time to come. In some, the birds have come home to roost quite early. The grandiose Hambantota port project in Sri Lanka, which once had the same bunch of Indian “strategic thinkers” in a tizzy hosts no ships and doesn’t earn very much. China is now pressurizing the Sri Lankans to service the debt and is seeking to extract some more in lieu of that. Much of the Hambantota investment has already be recouped by China by way of material and labor supplied to complete the project. That’s why one prominent European commentator calls OBOR — One Belt, One Road and One Trap. 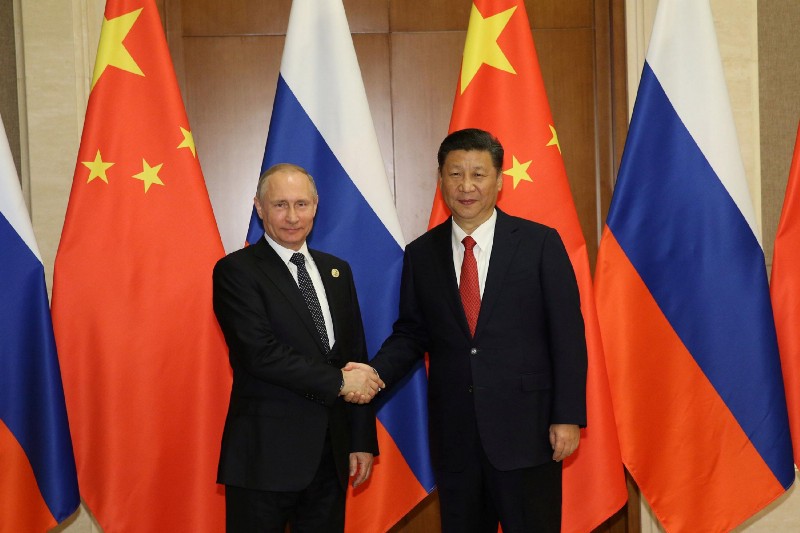 Like Sri Lanka, some of other intended beneficiaries have now begun to ask questions about the utility and intentions of OBOR. The influential Pakistani newspaper “Dawn” has said: “But the main thrust of the plan actually lies in agriculture, contrary to the image of CPEC as a massive industrial and transport undertaking, involving power plants and highways. The plan acquires its greatest specificity, and lays out the largest number of projects and plans for their facilitation, in agriculture.” This top Pakistani newspaper then questions the benefits that will arise from linking mostly dry and barren Xinjiang, and in particular the predominantly Turkestani Muslim Kashgar prefecture with its restive four million people to an increasingly water starved and already much troubled Pakistan and its 180 million?

Much is being made about the overland link between China and Europe by rail and road links. Most commentators seem to miss that the Trans-Siberian Railway line from Vladivostok to Moscow is almost a hundred years old. Its capacity can be beefed up. Yet overland freight costs will always be much more expensive than sea freight costs. Business is about cuttings costs and taking the least expensive options. No one with commonsense will prefer to shift by land what can be shipped.

Others make much of China’s so-called Malacca dilemma. Well the Artic route is opening up and the real Malacca dilemma soon will be the rapid decrease in freighters through it.