There is a global movement afoot, one the Indian Opposition must not ignore

The result of the UK General Election points to peculiar […]

The result of the UK General Election points to peculiar trend in the global opposition to the rise of right-wing populist leaders, old men who were once considered a part of the left-liberal fringe are more popular than ever before and the opposition parties in India, who are currently bereft of ideas, can learn a lot from the way they fight elections

Theresa May and the Conservatives emerged as the largest party in the United Kingdom General Elections today, by the skin of her teeth, mind you. In April, leading by a margin of 18% over her closest competitors, the Labour Party, In April 2017, May stood outside 10 Downing Street, the office of the British Prime Minister, and called for a surprise early election convinced she would win. A victory that would hopefully give her the majority to negotiate ‘the hard’ Brexit that her party wanted, determining the lives of many. This now, perhaps, will not happen. She missed the majority mark and won by a vote of just 2%. Leaving the UK with a hung house.

Why? Because a sixty-eight-year-old man, challenged the establishment and became the face of an alternative movement, not because of his charisma, but because of policies and ideas that he represented which spread like wildfire in the minds of millions of people in the UK. While he did not win the election, he found a way to fight the odds: by taking a position so drastically different, and consistently for thirty years of political life, that people had no choice but to hear him out. 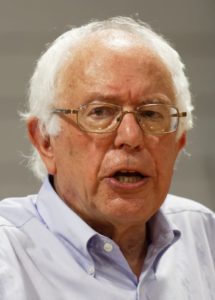 The result today has brought to the fore a global movement rooted in ‘democratic socialism’, which can no longer be ignored: old men, who have spent their lives fighting against the establishment have become symbols of resistance for the youth. Jeremy Corbyn in the United Kingdom, Bernie Sanders in the United States of America, Jean-Luc Melenchon in France and Andres Manuel Lopez Obrador in Mexico, who have become rallying points for the disgruntled youth who don’t find answers in a system that has been built to keep them out.

Much like Corbyn, neither did Sanders or Melenchon win, but they provided a road map for transformative politics that attracts millennials and twenty-somethings like a magnet. They’ve hit upon something, in trying to conceive a world, that as Corbyn’s election slogan has said, is ‘For the Many, not the Few’. And there is lots that the Indian opposition can learn from these political campaigns in the run up to 2019.

In India, let alone a leader, the opposition, as a collective, does not have a single idea that can challenge the status quo.

The Indian opposition is crippled by its poverty of ideas, lack of mobilisation and disconnect with both global and local processes. It’s not that Modi, much like May cannot be defeated, but what it will take to defeat him is a movement much like the Corbyn’s or that of Sanders that radically reassesses the status quo and offers a narrative unlike ever before.

What Corbyn taught us today is that there is no middle ground to build a counter-narrative. His policies, much like Sanders or Melenchon, were socialist (not communist) which expanded the role of the State, a view much maligned and drastically different from the others candidated that people took notice. People of all ages read up on these policies, they took notice of a different path that is often maligned and pushed down and it worked.

At the centre of the narrative is class relations: rooted in the difference between the rich and the poor, of being deprived of opportunities, which in recent times have been accentuated by neoliberal policies enacted by successive governments, which are determined by the ‘establishment’. Their policies are not just limited to friction between the working and the capitalists class. They are situated in the contemporary problems of the youth and disenfranchised and instead of promises, Sanders, Melenchon and Corbyn offer a solution. A solution that is not exclusionary, but instead built on a collective or social action: promising people ‘public goods’ such as education, health services and public institutions such as the railways. It brought people back into the process of nation building once again, promised an end to austerity imposed by the people who did not know what life for the everyday man is like.

It promised the State back to the people. Not in theory, but in practice. This galvanised people towards Corbyn or Sanders, who operated on a different wavelength than that of the party in power.

In India, let alone a leader, the opposition, as a collective, does not have a single idea that can challenge the status quo. The political discourse has reduced ideas to meaningless words: big concepts such as secularism and a liberal society have been reduced just words and there is no outrage or effort to protect them. The government’s browbeating doesn’t evoke a reaction from the spineless opposition who willingly cow down to their rancorous shouting. They are not troubled by the erosion of Indian society, because seemingly they don’t believe in transformative politics, or stand up for the people they represent. No party or leader has been able to attract the youth, and stitch together a narrative that brings enough people on board.

The political discourse has reduced ideas to meaningless words: big concepts such as secularism and a liberal society have been reduced just words and there is no outrage or effort to protect them.

Secondly, there is an inability to wrestle space from the government. The lack of an alternative narrative, which is credible and powerful, is leading to the opposition being pushed further to the margins. In the case of Corbyn, a leader who three years ago was an untouchable, was considered a nobody or at best part of the fringe, was able to re-do his image not because he went to the salon and got a hair cut, but because he became part of a narrative that carried him into the limelight. Corbyn has reinstated the people’s belief in idealism, and that is what our opposition needs. While this idealism can be mistaken for assuming the moral high-ground in political debates, Corbyn’s experience does not, necessarily mean that, instead, it is about standing steadfast on your ideals no matter what people say. 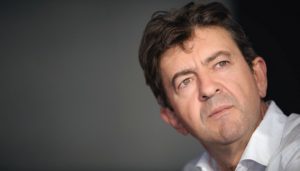 Corbyn unlike Sanders successfully fought the system, and fought a party that wasn’t with him, he fought mass media who painted him as a loon, pro-terrorist, anti-business leader who would drive post-Brexit England into the trashcan. He fought against dissent within his party and rose up, not because of bending down and readjusting his views but holding on to what he believed in.

No party in the opposition — at the State level or at the national level- stands its ground, taking a consistent, principled position unflinchingly. When it does, they are pushed and maligned and fall into the trap of responding to the allegations or the agenda set by the BJP.

However, what is most disheartening is that this time of unrest is not leading to innovation in political thought, resistance or even mobilisation, much like Melenchon, who created a party of his own to fight outside his old party.

These leaders sought to dismantle conventional politics and recreate it. They provided true and first-hand critiques of the establishment. They caught the imagination of the youth and lead a movement built on technology, guerilla and radical communication. Bernie Sanders picture with the bird, Melenchon made an 8-bit game, and Corbyn leaked his manifesto, were all new ideas that broke the wall.

India’s opposition needs to tap into this global wind, beg, borrow and steal means and ways to push for a country that is built on the principles and ideas that attract everybody, which are not exclusionary and seek the safety of their citizens.

The result of the UK General Election points to peculiar […]
There is a global movement afoot, one the Indian Opposition must not ignore
​