Nepal’s International Airport, even before Kathmandu gets a chance to introduce itself, a large flex-banner advertisement yells from the ground-floor landing: ‘shop from the ‘Made in China’ mall, only one-hundred-and-fifty kilometres away from Kathmandu.’ The mall called Gyidragon, which is a cross border-shopping platform working out of Gyirong port in China, holds special significance for the people of Nepal. During the Madhesi blockade of 2015, supplies were sent from the port to ease the distress in the country. The drift of this message is that distances between Nepal and its northern neighbour have collapsed: goods can travel either two days by road, or two days by train and China is willing to move mountains to come closer.

This high decibel propaganda is not just limited to a random hoarding but is overwhelmingly visible in the discourse and the manner in which the Chinese are pushing hard to enlarge their control and influence in the landlocked Himalayan country. Nepal’s decision to sign the Belt and Road Initiative (BRI) of the Chinese government is whetting their appetite for sneaky expansion and spread of their hegemony. They are taking advantage of the schism in the Nepalese society between the people of the hills and the Madhesis, the people of the plains and the angst towards India to push for their geostrategic objectives.

Lately, the Nepalese, who have been promised top quality infrastructure, are getting wary about the implications of the Chinese funds. Questions about the impact of Chinese loans for infrastructure and on issues of sovereignty can be heard in Kathmandu’s argumentative and engaged civil society.

Due to its geographical position, Nepal has always lived in the shadow of two Asian powers, always hoping to play one against the other to get a better deal. From time to time, Nepal has flirted with China but always remained engaged with India. One example of this was the building of the Kodari highway, which linked Nepal to Tibet after the reinstatement of King Mahendra, who in retaliation moved closer to the north. However, this bonhomie did not last long, as narrated by Aditya Adhikari, in his book, The Bullet and the Ballot Box: The Story of Nepal’s Maoist Revolution. Adhikari writes about how China indoctrinated Nepali workers-involved in road construction- by teaching the values of Maoism. They were given Mao badges and ‘it was claimed, were forced to salute Mao’s portrait and chant slogans praising him before they received their wages. At another event, later in the year, the Chinese put up Mao’s photo above that of King Mahendra which irked the monarchy and caused demonstration outside the Chinese embassy. The rise of the Maoists in Nepal may seem disconnected with China, but any student of history will reveal that their introduction in the politics of the Himalayan kingdom provided the environment for their growing enlargement. 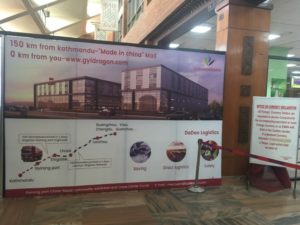