The embassy of Iraq in New Delhi issued a statement […] 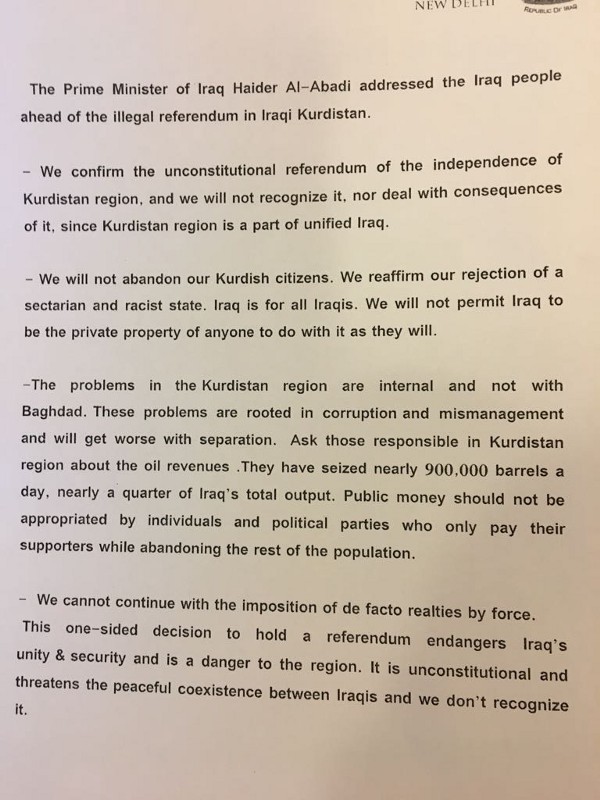 The Iraqi Embassy in New Delhi, On September 28, released the details of the speech by Prime Minister Abadi calling the referendum held by Iraqi Kurds illegal. The government of Iraq is not recognising the vote and has pledged to not ‘abandon’ the Kurdish citizens.

The Prime Minister of Iraq in his address said that the problems prevailing in the region are a direct outcome of corruption within rather than problems with Baghdad. “Public Money should not be appropriated by individuals and political parties who only pay their supporters,” said the release.

He has also said that they will refuse to acknowledge the decision and its consequences.