‘We Would Rather Die Than Be Sent Back’

In Nuh district of Haryana, the fate of 372 Rohingya families remains uncertain as they wait for the governemnt to tell them where to go next. While the past five years for them have been difficult, they would rather stay where they are than anywhere else 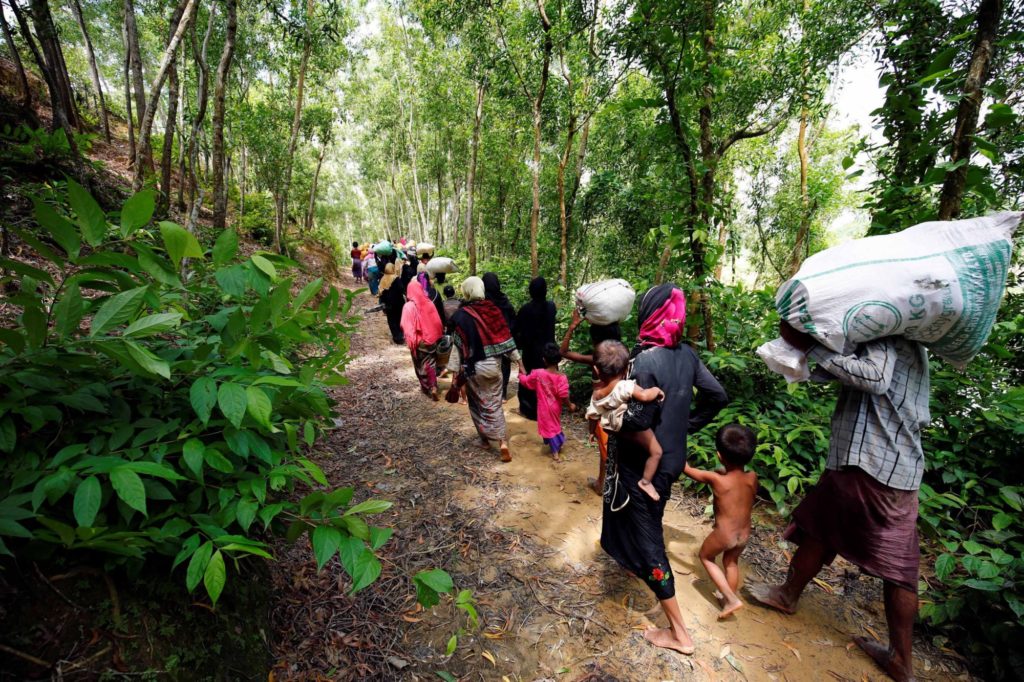 The highway from Gurgaon to Alwar cuts through Nuh, the city and the district, which was earlier called Mewat — the home of the Meo Muslims. A few kilometres before the city, in an open field right behind the Mewat Development Area Transit Hostel, stand a few makeshift tents occupied by Rohingya refugees.

They came to Nuh as early as 2012, when it was still called Mewat, in the hope of finding a home amidst a community of fellow Muslims. They set up their houses on the land given to them by members of the community. Makeshift tents with black tarpaulin roofs and walls stand on makeshift frames of bamboo and wood; there is no permanency in these houses. Their tenements serve as a bitter analogy for the circumstances that the ethnic group finds itself in: forced to leace their homeland in Myanmar, they are now being ousted from India. A recent advisory issued by the Ministry of Home Affairs (MHA) has classified Rohingyas as “illegal refugees”. Ali Johar has called these tarpaulin tents home since 2012, and now he looks us in the eye and says, “We prefer to be burnt or drowned here together rather than returning to Myanmar and facing the brutalities. Our homeland does not recognise us and if the Indian government decides to deport us then where are we supposed to go?”

The advisory, titled “Identification of illegal migrants and monitoring thereof”, was released on August 8. It asks state governments to take “prompt steps in identifying the illegal migrants and initiate deportation processes expeditiously and without delay”. On August 28, Minister of State for Home Kiren Rijiju said, “As far as we are concerned they are all illegal immigrants. They have no basis to live here. Anybody who is an illegal migrant will be deported.” For the minister, even the refugee status accorded by the UNHCR is of little value. 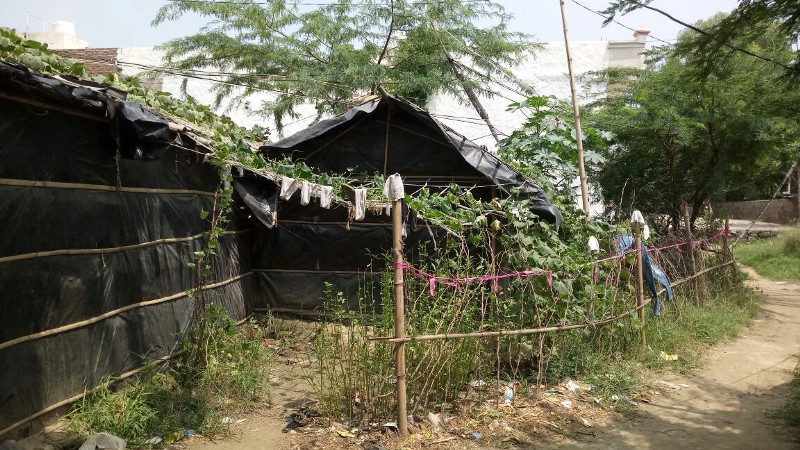 Many reasons are being attributed to the government of India’s sudden aggressive pro-deportation stand on the Rohingyas. While there are concerns of violent extremism and members of the community falling prey to the narrative spun by terror groups, there are other larger foreign policy objectives this hardline stance might fulfil.

“We prefer to be burnt or drowned here together rather than return to Myanmar and face the brutalities. Our homeland does not recognise us and if the Indian government decides to deport us then where are we supposed to go.”

On September 5, Prime Minister Narendra Modi undertook his maiden trip to Myanmar. India is urgently trying to counter Chinese influence in the region, and by not opposing the recent spate of violence against Rohingya Muslims might help Modi earn brownie points, which might translate into clinching major infrastructure projects in Myanmar. China too has remained silent on the issue. While this is at best speculation, the timing of the crackdown is dubious.

Since August 25, more than one lakh Rohingyas have fled Rakhine state in Myanmar. While small clashes and incidents have been taking place since October 2016, a newer, more combative and militaristic form of Rohingya resistance has surfaced since June this year. The latest attack is part of this resurgent aggression against the Burmese State’s heavy-handed approach towards the community which lives in apartheid-like conditions in the country. A small group of Rohingya activists attacked 30 border security posts, which triggered retaliation by the military. Several villages were set ablaze and, according to reports, thousands of people are left stranded in mountainous regions without food or water.

There is nothing new about the violence they have been subject to — generation after generation of the community has been living in inhuman conditions subject to restrictions on movement and everyday life by successive governments in Myanmar. “To get married we had to take permission and bribe the administration. To get birth certificates too, we have to offer a bribe. We had land and we had no right to it,” said Abdul. In an attempt to escape the barbaric conditions of their homeland, thousands of Rohingya Muslims cross the border every day and find their way to different refugee camps in Bangladesh’s Cox Bazaar. Many of them lose their lives in the process. Now reports are emerging that the Myanmar Army is laying landmines along the border with Bangladesh to maim, kill or deter the fleeing Rohingyas. 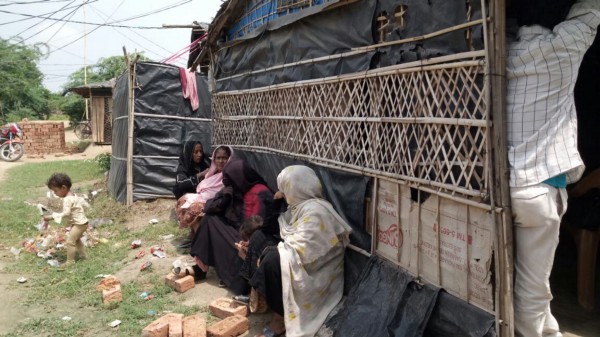 Shophika and other women (Komal Sharma)

“I came here with my entire family, there were 10 of us. We landed up in Bangladesh but it was overpopulated so we decided to come here in India. We went to Jammu first and then came to Mewat,” said Shophika, a mother of three. Many like her have found their way to Mewat, looking for a better place, and currently, there are 372 families who live in six settlements in Nuh. “We travelled not knowing anything about India, only in search of acceptance, peace, and shelter,” she continued.

Many have braved much adversity to find refuge in India. They crossed borders by bribing officials and travelled on foot through heat, rain and cold. “We came here with the idea of living. In Rakhine, we were told that even animals are treated with dignity in India. But now we hear that 40,000 Rohingyas should be thrown out,” said Ali Johar.

In India, Rohingyas are treated as second-class refugees, they are constantly pushed to the margins and denied basic human rights. “We have to live by a code. In July 2013, six girls got married to local people here. Following which we were called to the SP office and they asked us to stop getting Rohingya women married to the locals and asked for the number of women we had married to the Meos. There is a list of conditions that we have to abide by, at least 16–17 of them. It is written in English, Urdu, Rohingya language. We were made to sign that before getting our refugee cards.” In addition, they do not have access to electricity, potable water or even sanitation, but they don’t mind. In the words of Sheed Hassan Khan, “We are often made to wait aside for treatment, but at least we get it even if it is after the locals. In Myanmar, we are left to die.” 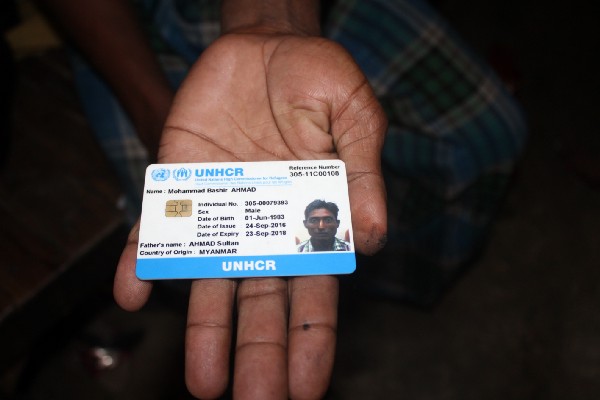 According to the United Nations High Commission for Refugees (UNHCR), there are some 16,500 Rohingya refugees and asylum-seekers registered with it in India. They are given identity cards, which serve as a stop-gap arrangement to access jobs, schooling and other amenities. However, there is little regard for this initiative as India is not a signatory to the Convention Relating to the Status of Refugees. In a conversation with Hardnews, Madhurima Dhanuka, coordinator of their Prison Reforms programme, said, “India is among the non-signatories to the 1951 Refugee Convention. Thus, there is no obligation per se under any international law to recognise refugees.” The same was evidenced by the comments made by Rijiju. However, despite not formally signing the convention, India has long supported those fleeing violence and stood with them — the Tibetans, the Afghans and the Sri Lankans.

The lack of documents is now being used as a means to oust them. Their status with regard to legality is the same as any other refugee community in India. “I earn Rs 400 a day when I get work. And save a bit for an emergency,” said Abdul. This life, according to him, is more dignified than what they would have anywhere else. But the lack of safeguards has left them at the mercy of the local community. However, in the face of the threat of deportation, these are secondary concerns.

Sanjoy Hazarika, director of the Commonwealth Human Rights Initiative, told Hardnews, “The government is entitled to take decisions. But now, it’s a question of humanity. However, if they are being deported then the point is, where will they be deported to? Myanmar does not recognise them and they are certainly not from Bangladesh, Nepal or Pakistan. Also, there is a belief that these people are a threat but most of them are simple refugees. If the government has any specific knowledge of any particular threat then it should clarify.”

In Nuh district of Haryana, the fate of 372 Rohingya […]
‘We Would Rather Die Than Be Sent Back’
​