“The world changed because of 1979”: Satish Jacob on the Afghan-Soviet War and its relevance today

Satish Jacob was one of the first Indian reporters on the ground in Afghanistan during the Soviet invasion of 1979. For over 40 years, Jacob has witnessed history in the making again and again. In this conversation with HNFP, he narrates the story of the 1979 Afghan-Soviet War and how it changed the world. Also below is a brief explainer on the way this war reshaped the world.

1979: The Year that Changed Afghanistan and the World

The story of contemporary Afghanistan begins with a coup. April 27, 2018, will mark 40 years of the Saur Revolution, which served as a prelude to the Soviet invasion of 1979 – an event that is singularly responsible for the violence that has come to define the story of the country. What the Saur revolution brought to the country was the definitive end to the monarchy, which had been usurped in another coup five years ago in 1973, by Muhammed Daud. Daud was the cousin of King Zahir Shah, a member of the ruling Naderi Royal Family, whom he deposed in a swift, bloodless coup. This marked the end of the monarchy. Afghanistan was to be a republic and Daud announced himself as the President and Prime Minister. The usurpation of power would not have been possible without the participation of the People’s Democracy Party of Afghanistan (PDPA), a Left-leaning political organisation.

The PDPA is one of the key players in the history of Afghanistan, the Soviet invasion and everything else. The new President/Prime Minister Daud came to power on the promise of ushering in a progressive, liberal and modern order but it was not to be. His rule became excessively violent, oppressive and exploitative. On April 27, 1978, a unified PDPA (more on that later), with the blessings of the Soviets with the help of the military, took power away from Daud and executed him and his family.

The PDPA came to power and Muhammed Taraki, the charismatic leader of the party took charge of the government. He brought with him severe repression, killing and censorship. To the extent that, shortly after the revolution, a PTI report from September 1978, following Atal Behari Vajpayee’s visit to Kabul, talks of the tight security, curfew and censorship that followed the revolution. The Saur Revolution for Taraki was a continuation of the ‘The Great October Revolution’ that birthed the USSR. The PDPA was a party ridden with factions. Of these factions, the two major ones were the Parcham (flag) and Khalq (People). The former was the party of urban elitists who spoke Persian, while the latter was a broader based section from rural Pakhtu-speaking areas. By 1977, the Parcham and the Khalq merged under pressure from the Soviets. This is important because the leader who governed the country in the next 14 years came from either of the two factions. The first two rulers – Taraki and Amin – were from the Khalq faction and Babrak Karmal and Najibullah were from the Parcham faction. The tussle between these two factions would shape the future of these countries.

The Beginning of the War: 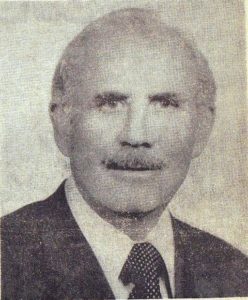 Taraki’s rule lasted for a year. In that year, his protégé Hafizullah Amin began to assert more and more influence in the matters of the State. Amin and Taraki at first spoke as one, when it came to the sidelining of the leadership of the Parcham faction. Amin ousted Taraki in a coup in September 1979, which was a cause of major concern for Brezhnev in Moscow. The head of the USSR was not only close, but comfortable with Taraki heading Afghanistan and was livid upon hearing the news of his death. Amin’s regime also followed a similar pattern of repression but with an added complication – the Soviets were not happy with him at the helm of the country.  Amin’s ascension proved to be deleterious for the Soviet’s designs for the region. The leader flirted with the West and tried to initiate a conversation and relations with Pakistan and China. The Soviet leadership also had suspicions that the new President could be a CIA agent and was a threat to the Communist government in Afghanistan. On December 27 1979, the Soviets entered Afghanistan claiming that they had been invited as part of the Soviet-Afghan Friendship Treaty that Taraki had signed in 1978.

On the other hand, a variable that was the cause of much worry in Moscow was the Islamic Revolution in Iran. The revolution promised to spread the seed of religious uprisings all over the neighbourhood. In the early years of the Soviet Union, the Basmachi uprising in Turkestan – modern day Central Asian Countries of Kyrgyzstan, Turkmenistan, Uzbekistan, Mongolia and parts of Afghanistan – was fought to form an independent Muslim nation in the region. The uprising was violently put down by the Red Army in the 1920s. With the Iranian Revolution on the surge, Moscow feared that the seeds of the revolution will rekindle the Basmachi uprising.

The US were not paying attention to the events unravelling in the country, the looming threat of a Chinese invasion in Vietnam had kept them adequately distracted till the assassination of Adolph Dubs, the American Ambassador to Afghanistan who was killed in Kabul by terrorists. Dubs’ death announced the presence of the Americans, who immediately began arming the resistance against the PDPA. In a letter to the editor of the Economic and Political Weekly (EPW) from 1979, concerned citizens had asked India to condemn the changing of the leadership in Afghanistan and the USSR’s readiness to intervene into the politics of another country, much like the United States. The other point of criticism towards the USSR’s intervention was in the bringing of the Cold War between them and the US to South Asia and India’s neighbourhood. At the same time, the coup by the PDPA left many of the tribes in Afghanistan out.

The country was not prepared for such a revolution and the growing presence of the Soviets in the affairs of the State caused deep unrest amongst these warlord tribes. All of these worldlord tribes fought as one under the banner of the Mujahideen, against the Soviets and the PDPA. Well versed in Guerrilla warfare, these leaders were aided by American weapons and were trained in Pakistan. Moreover, the American’s Stinger Missile, neutralised the Soviets advantage from the air. By 1989, nearly a decade after the Soviets entered Afghanistan, they left. The demoralised Red Army was only happy to leave the mountainous country.

Militia of the Northern Alliance (via Wiki Commons)

By 1992, the Soviet collapse was imminent, with the PDPA still in power under Mohammed Najibullah and the attack on the warlords still raging. With the collapse of the USSR, the money, the weapons and resources dried up for the PDPA and by 1992, the Mujahideen entered Kabul, killed Najibullah and broke the republic. In its place, they installed the Islamic State of Afghanistan.

For the next 10 years, Afghanistan would be engulfed by Civil War. All the tribal groups such as the Tajiks, the Uzbeks, the Pashtuns and the Hazaras were fighting for control or trying to stitch together a coalition until 1994, when the Taliban came into existence. Founded in Kandahar, by Mohammed Omar, it is an ultra-orthodox and conservative organisation. The small organisation gained much ground with the help of Pakistan, who were eager to prop a government that was warmer to them and more compliant. It annexed large parts of Southern Afghanistan and by 1996 with the help of Pakistan, took control of Kabul, effectively ending one civil war and immediately starting another one.

The warlords of the Islamic State of Afghanistan rallied together in what was called the Northern Alliance, which fought against the Taliban until 2001 when the NATO and the US forces invaded.

In one way or another, the after-effects of the Soviet-Afghan war are still felt everywhere today. This war was one of the main reasons for the collapse of the Soviet Union, it pauperised them leading to their eventual dissolution. The Mujahideen were not only funded by the Americans but also the Iranians, the Saudi Arabians and other independent financiers. One such independent financier was Osama Bin Laden.

The Soviet-Afghan war led to the rise of the Taliban, which in the aftermath of 9/11, harboured Bin Laden from the Americans. The NATO and US forces invaded Afghanistan in 2001 and thus began the War Against Terror which has engulfed one country after another. After Afghanistan, the Americans entered Iraq, who they accused of aiding the Taliban and Osama. The invasion of Iraq led to the ousting of Saddam Hussein’s Bath Party, and the political vacuum gave birth to the ISIS – the leadership of which comprised of dispossessed members of the party.

Pakistan became rich and a key ally of the United States. President Zia-ul Haq, the Pakistani military dictator reaped the benefits of the war. He was ploughed with money, weapons and access to resources to combat the Communist scourge. These resources were also used to foment trouble in the Punjab and Kashmir. In the 1980s, weapons were given to secessionist organisations by the government of Pakistan.

Satish Jacob was one of the first Indian reporters on the ground in Afghanistan during the Soviet invasion of 1979. For over 40 years, Jacob has witnessed history in the making again and again. In this conversation with HNFP, he narrates the story of the 1979 Afghan-Soviet War and how it changed the world. Also below is a brief explainer on the way this war reshaped the world.
“The world changed because of 1979”: Satish Jacob on the Afghan-Soviet War and its relevance today
​