In his three years in office, Indian Prime Minister Narendra […] 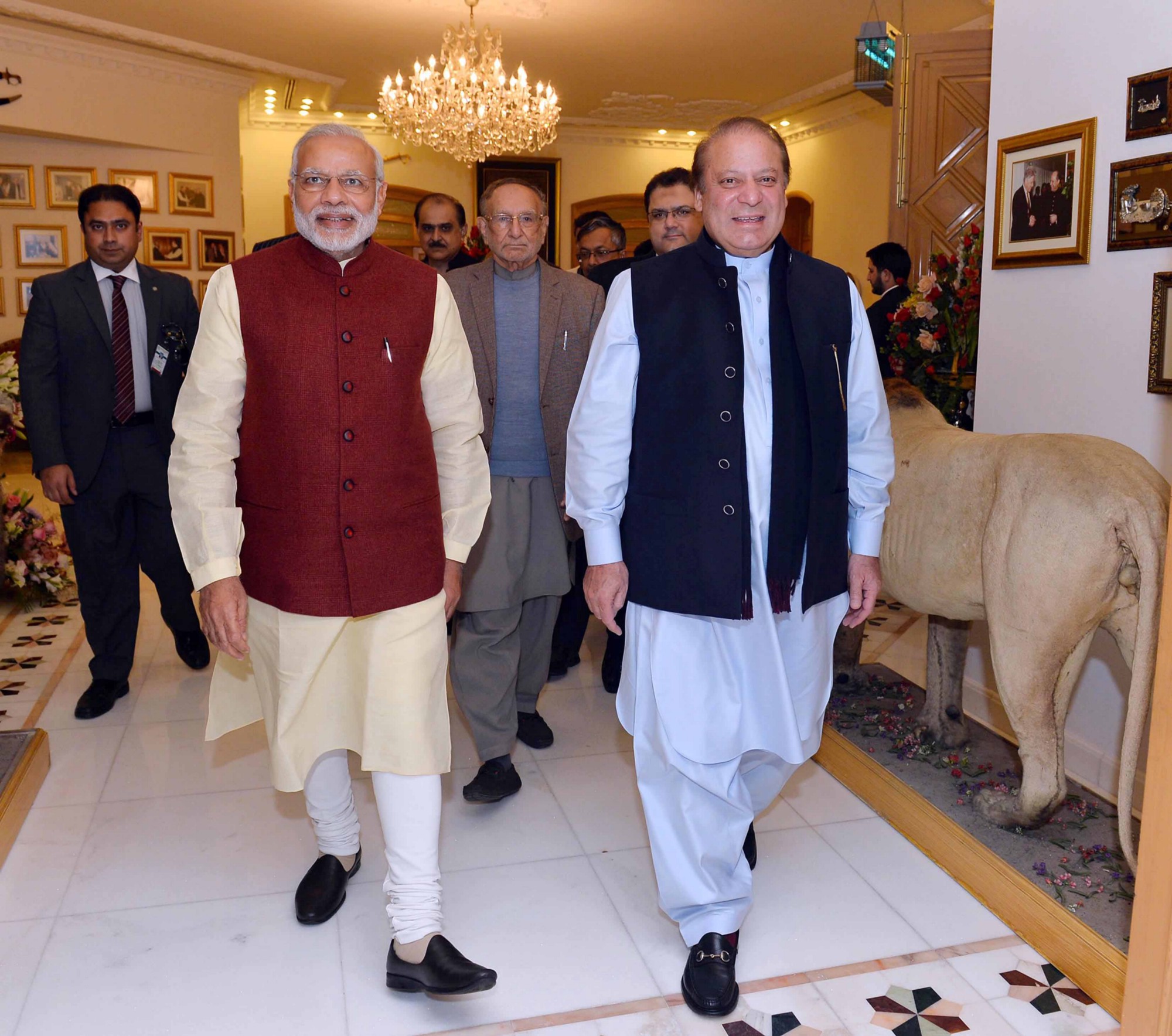 In his three years in office, Indian Prime Minister Narendra Modi has tried different approaches with Pakistan. He has spent nearly half his tenure seeking constructive engagement with India’s north-western neighbour, and the remaining time trying to ignore, isolate, and contain it. While Modi’s general policy thrust seems to have been in favour of improving relations with Pakistan, the centre of gravity in New Delhi’s strategic calculus vis-à-vis its neighbour has changed nearly every 6–9 months.

Modi’s Pakistan policy has been shaped and driven by three factors. The first is related to his own understanding and conceptualisation of what should be India’s foreign policy. His efforts and desire to engage with Pakistan are rooted in two of the cornerstones of his foreign policy decision making — neighbourhood first, and greater regional cooperation for economic development. From Modi’s perspective, India’s development goals will remain unfulfilled in the absence of better relations with its neighbouring countries, as clearly stated in the Bharatiya Janata Party’s 2014 election manifesto. This was reiterated by India’s External Affairs Minister Sushma Swaraj in December 2015 to the Indian Parliament, following Modi’s Lahore visit, when she argued that “good neighbourly relations with Pakistan” were critical for the Prime Minister’s vision for “peace and development in the region through deeper regional integration in South Asia”. Better relations with Pakistan resonate with the belief in New Delhi — shared by the previous Manmohan Singh-led government — that for India to play a bigger global role, it needs to first improve relations with its South Asian neighbours.

The second factor is Modi himself: his personality and political standing. Just as India’s external engagement with many countries in the past three years have come to be defined by Modi’s personal camaraderie with their respective heads, that has also been the case with Pakistan. Despite various obstacles and frequent setbacks in bilateral relations, Modi and Nawaz Sharif, Pakistan’s recently ousted prime minister, managed to develop a promising personal equation, something that was on display during the recent meeting of the two on the side-lines of the SCO summit in Astana in June.

Moreover, Modi also enjoys significant political capital at home, allowing him to take bold steps vis-à-vis Pakistan. His predecessor Manmohan Singh did not enjoy this luxury, and despite sharing many of Modi’s views regarding the need to engage Pakistan, he was unable to follow through on that vision. The most defining positive aspect of India-Pakistan relations in the past three years has consequently been some of Modi’s unilateral steps to improve bilateral ties.

The most striking of these was Modi’s impromptu day-long stopover in Lahore in December 2015 on his way back from Kabul. As a point of reference, Singh failed to make that cross-border trip even once in his decade-long tenure. Similarly, only a leader as secure politically at home as Modi could have sought to persist with engaging Pakistan in the immediate aftermath of attacks on the Pathankot air base in January 2016, and invite a team of Pakistani investigators to inspect the site. Singh, on the other hand, was compelled by domestic pressure to immediately suspend talks with Pakistan in January 2013 following the beheading of Indian soldiers along the Line of Control (LoC).

The personality factor may have also contributed to the initial impasse and aggression with Pakistan, during Modi’s first year in office. At the time, it seemed as if Modi felt the need to balance his desire of engaging with Pakistan with his image of a strong leader, unwilling to be ‘soft’ on Pakistan. The cancellation of the Foreign Secretary-level talks on the pretext — considered weak by many — of Pakistan’s High Commissioner to India meeting with Kashmiri separatists on the eve of the dialogue was meant to signal that business could not continue as usual. His subsequent attempts to unilaterally alter the terms of engagement with Pakistan through a more muscular policy, though ultimately prematurely halted, were also meant to cater to this self-image.

The current impasse and a return to a standoffish policy over the past one year, after months of seeking engagement with Pakistan, can be explained by the third factor. The structural problems, along with the traditional flashpoints, that have plagued India-Pakistan relations for many decades have derailed the bilateral ties once again; and they are likely to be the biggest defining factor moving forward in the near future, as well.

The past year has seen differences over Kashmir erupt once again with India blaming Pakistan for fuelling the latest round of crisis in the region. This coupled with increasing skirmishes along the LoC, a lack of progress on Pakistan’s part in probing the Pathankot attacks, let alone expediting the trials against the perpetrators of the Mumbai 2008 attacks, and the attacks against the army base in Uri in September 2016, has significantly dented the momentum generated over months. The Khulbushan Jadav incident earlier this year further sharpened tensions.

Political developments in Pakistan over the past month, however, may have dealt the most fatal blow, at least for now, to the bilateral ties. With the removal of Sharif, India has lost one of the biggest advocates within Pakistan for better relations. Given the perceived role of the Pakistan military in Sharif’s ouster and its alleged opposition to improving relations with India, it is unlikely that the incumbent caretaker prime minister, or the permanent one post the 2018 elections, would be as willing as Sharif to engage with India.

Amid the political uncertainty in Pakistan, Modi, who will soon be gearing up for India’s 2019 election season himself, is unlikely to invest too much time on Pakistan. The bilateral ties may already have progressed as much as they realistically could during this term, and post-2019, Modi, if given a second term, would have to re-start with Pakistan all over again.

This article was first published in the Online Magazine of The Institute of Asia and Pacific Studies https://iapsdialogue.org/2017/08/29/understanding-the-drivers-of-modis-pakistan-policy/

Aryaman Bhatnagar is Programme Advisor and Manager for Peace and Security Policy with the Friedrich Ebert Stiftung India. The views are those of the author and not FES-India.